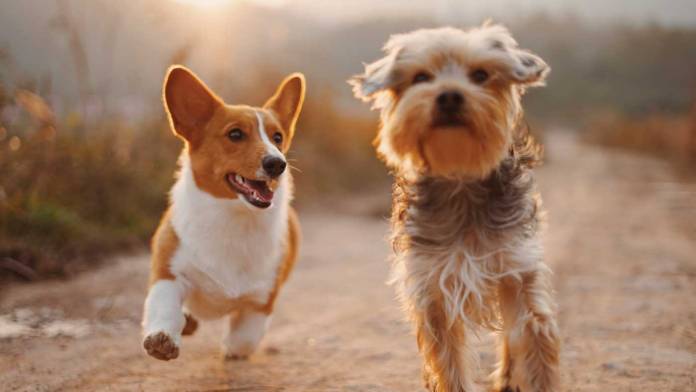 I once made the questionable decision to write and direct a short film featuring a dog, clearly underestimating the perils of trying to direct animals. They wander out of frame, don’t hit their marks, or display the backside view. They get tired and lose their concentration. I got through it, but only after going over budget and nearly nuts. Determined not to make this same mistake again, I talked to some experts in the field who gave me some invaluable tips on how to direct dogs, cats and various other animals. It’s important for any film director to know how to direct animals.

Here are 10 tips to help you better direct the animals in your next production.

Take on the alpha role

Ellen Goosenberg has been directing dogs for a number of years, often for HBO, sometimes for PBS and their Nature series. When it comes to directing the canine set, she’s been there, done that.

“One of the first things I could tell you about working with dogs, is, ‘Be alpha!'” says this longtime pro. “Just as in the home, you must forge a relationship with your dog that establishes you as the unquestioned leader. That’s where a lot of directors working with animals fail. If the dog doesn’t know you’re the boss, you won’t get a decent day’s work out of him.” Goosenberg adds, “Don’t bond! If your dog (or potbellied pig for that matter) becomes your friend, you won’t be able to get them to do what you want.” She continues, “As with human actors, be tough but fair. You need to be a general on the set, and generals don’t make friends with the troops!”

Arguably, the thing I wish I’d known before attempting to direct any aminals, Goosenberg told me after I was done: “I always tell filmmakers: Stay wide!'” she says, as serious as a Bergman film. “Don’t start with your close-ups. Get all your master shots first. If you need reaction shots, close-ups of eyes, smiles, nostrils, get them when you’re done with your masters. You cannot believe how much easier it makes your day.”

Since time is so often your most lethal enemy on the set, Goosenberg has some good suggestions for managing your time most effectively when you have to direct animals.

With dogs and other creatures, everything takes 2-3 times longer than with humans.

“If I’ve learned anything about working with animals,” she says, “it’s that they don’t really have notions of linear time. And they don’t care how much they’re costing you if they don’t behave. So, here, you need to give up the idea of control a bit. With dogs and other creatures, everything takes 2-3 times longer than with humans. This means everything from working with them on the set, to the other parts of the day. Meaning, the picking-up and dropping-off, taking breaks when they get hot, thirsty or tired, that sort of thing. If you can allow for that much more time during your shoot, you won’t be such a frustrated basket-case by the end of the day.”

Finally, there’s the imagistic stuff to think of. Goosenberg addresses this, too. To add some variety in your film? Flip the dog!

“I know it sounds like a Yoga move, but it’s important for filming, too. Directors can get used to having an animal behave well when they’re filming him from behind. But when you get into the editing room, you’re going to have a preponderance of rear-ends! Remember to flip the dog. Shoot your animal from various angles, just as you would a person. You really want to go into editing with a wide variety of shots to choose from. If not — oh the monotony.”

And, as simple as it may seem, Goosenberg also suggests that filmmakers keep “wiping the lens,” between takes. “Animals tend to lick it. So keep it clean, so you don’t get any smeary footage.”

Be realistic about what’s possible

Dale Launer is something of a legend in the film world. The man who scripted Blind Date, Dirty Rotten Scoundrels and My Cousin Vinny, among others. He’s also directed several superb comedies, Tom’s Nu Heaven and Love Potion Number Nine, featuring one of Sandra Bullock’s best, early performances. In this movie, Launer had the unenviable task of having to direct several breeds of animals. And I mean, all sorts.

“I had written a scene for my film that involves a chimp,” says Launer. “He’s supposed to imbibe this potion and then come through a wall. I had trainers there, who told me the monkey could do this all in one shot. I had a very flimsy wall and we set everything up. But as we tried to do a take, it was clear the chimp just couldn’t be coaxed to do what was written. So, after some thinking and discussing, I realized, if I broke up the shot into pieces, a hand here, a leg there, I could make it appear as though the chimp came crashing through this wall. Still, it was a fairly complicated scene. I had two trainers working on either side of the monkey and it took a while.”

Direct around your animal’s idiosyncrasies

Launer did, however, learn a crucial idea about filmmaking during this difficult day. All about how to work on the fly. Or, chimp.

“I did find out that the chimp could smile broadly, on command, at any time. So I wrote a scene that could use his smiling gift to maximum effect.”

“One of the things you’ll find out on a set,” Launer says, “is how to work around an animal’s ability. Maybe your dog or cat can’t do a scene as written. But he or she might be able to do something else even better. You need to sort of lay back, when you direct animals. See what they’re capable of doing. Don’t be so married to a certain scene or moment, that you can’t do something else, something that works well. Flexibility is the key here.”

Learn from the experience

If working with animals on a movie set is a real education for filmmakers, then Brad Peyton has earned his PhD. Editing his next film, Journey 2: The Mysterious Island, Peyton is all too happy to speak about his last film, the blockbuster, Cats And Dogs: The Revenge Of Kitty Galore.

“For me, the most educational things were those that didn’t work, didn’t go right,” he says. “For instance, one of the first scenes I tried to film was a ‘walk and talk’ with two dogs. Well, we were going to dub in the voices later, of course. But did you know that dogs can’t walk and turn their heads at the same time? Well, neither did I. So, I couldn’t do that scene. But it got me to think more creatively on the set.”

One of the main lessons Peyton says he learned was the one of patience. Without that, he claims, you’re in trouble.

“Things are going to be crazy on the set when you work with animals,” he says. “And you will find that your cats or your dogs, who did something before the take, will suddenly not want to do that trick when the cameras roll. You have to be able to deal with that, not freak out. Either they will get it right eventually, or you’ll come up with something just as good. But you have to stay calm and be patient.”

Remember that anything can happen

Peyton also wants to remind readers, anyone making a film with lots of animals, that there will be chaos the likes of which you might not be ready for. Unless you read this piece, of course.

“When I made Cats and Dogs I had between 3-and-10 animals in some scenes. Different types. Try to imagine a bunch of 8-year-olds on sugar. That’s how hyper they were. Plus, each animal had its own handler. So, between the animals, their handlers whispering to them and everything else that goes on on a movie set, you can just imagine the noise and activity. Know that going in, it’s going to be a madhouse most of the time, and you’ll be ahead of the game.”

Then, there’s the jumping dog.

“If anything illustrates the weird stuff that happens on set,” says Peyton, a grim chuckle in his voice, “it’s the day the dog jumped out of the sidecar. I had a scene in the movie where this dog is being driven in a sidecar and the motorcycle is supposed to pull up and stop. We had the handler there, everything was set. Except, on this one day, the dog just said, ‘Forget this! I’m not staying in this sidecar.’ He just decides to jump out and run off. So much for that take.”

It all began with a screenplay based on personal experience and a stolen pizza. Having dealt with the horrible moment when my Golden Retriever, Happy, snarfed up said Italian delicacy, I wrote a short, funny script about it. Called “The Trust Exercise,” it tells the story of a guy whose dog indeed eats the pizza he was saving for dinner. Feeling hurt, betrayed, depressed, he does what any normal guy would: he takes the dog to his therapist to try and work out this painful issue.

With a limited budget, I decided to use my own dog in the movie. Mostly because he works cheap. Still, I figured that I couldn’t afford a dog handler. Big mistake. Even though we rehearsed beforehand, things still went very wrong. Without someone to wrangle Happy, he walked to his mark — then right past it. When he was to sit up? He lay down. In frame, then out. I also tried to get all my shots in that one day of shooting. Reaction shots, close-ups of eyes and nostrils, all that stuff. As well as my masters.

By the end of the day, I was 6 hours over budget and I hadn’t gotten Happy’s famous ‘Drop dead!’ expression. One that he achieves in such an economical way, only Hemingway could describe it. I missed a few other reaction shots. And Happy licked the lens of my camera.

It was only after I got my desired images in the can and paid my actors their overtime, that I figured I should research the issue of filming animals. I’ve learned so many things about how to shoot dogs, cats and chimps, with as few headaches as possible. Between doing the actual filming and talking to a group of experts, I’m almost ready to direct more animals. But this time? I’m gonna lose the pizza.