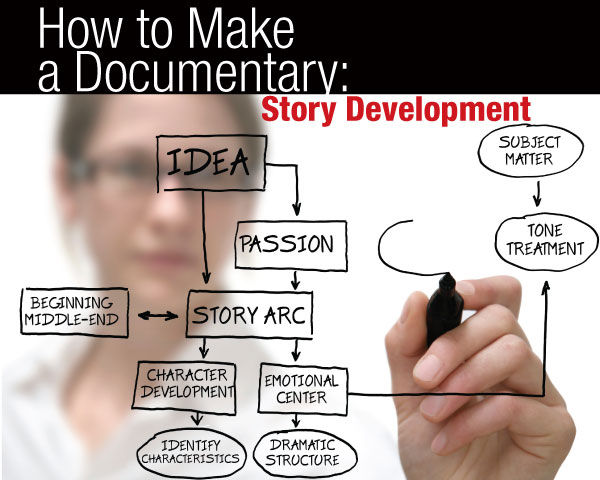 First-time documentary filmmakers have a much better chance of getting a wide audience than an unknown narrative filmmaker. First-time filmmaker Barbara Sonneborn had no idea that she would have to go out and buy a fancy dress to attend the 1999 Academy Awards ceremony when she set out to make her documentary Regret to Inform (1998). How about the twenty-something brothers, Adrian and Roko Belic, who won the 1999 Sundance Audience Award and also received an Academy Award Nomination for Genghis Blues (1999). But what is our first step on this journey to preparing our Oscar speech for Best Documentary Feature (or Short Subject)?

All films, all works of art for that matter, start in the same place: with an idea. However, one thing that separates documentary work from fiction filmmaking is access. If James Cameron wants to set his next multibillion-dollar film on the planet of Venus, he can hire an army of special-effects artists to “get him there.” This is usually not the case with documentaries. Likewise, if I want to make a documentary on nuclear submarines, I will be greatly challenged, as I don’t know anyone in the military and don’t have the financing to “get to know someone there.” So, it helps if you have access to your subject matter.

You’ll also need something you can’t buy or rent: passion. I’ll let you in on a little secret: Making a documentary usually takes much, much longer than you can even imagine. Three to ten years is not uncommon for a feature documentary. You will need true passion for your subject matter to get you through the long days and nights, the doubt, the hardship, the financial difficulties, the equipment problems, etc. 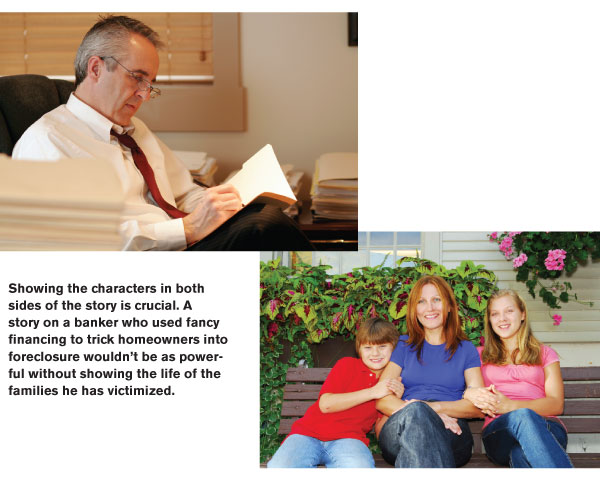 Still want to do this? Ok, lets get down to it. You have your idea and you are passionate about it. Good. Now I want you to ask yourself this: Will someone other than you care about this film? Is this a compelling story? Will it make your viewers laugh and cry? Will your viewers relate to your story because they somehow experience a similar situation? I find the mold that periodically grows in my toilet interesting, but would anyone else? Probably not, but maybe you could tell the story in a compelling, humorous, creative way that makes people think of their own relationship to the mold in their own toilets. Again, probably not, but you know where I am going.

The first real work in story development consists of establishing a story arc. Ah, you thought story arcs applied only to narrative films. Nope. We need to see growth and change in our character as they confront obstacles. Traditionally, this is done in three acts, more commonly known as a beginning, middle and end to our story. It’s also referred to as dramatic structure. The beginning introduces the character(s) and establishes their goal(s). The middle, or second act, is the character(s) struggling to accomplish these goals and the obstacles that stand in their way, ending in the climax, which shows if they accomplished their goals or not. Act three – the end, resolution or conclusion – shows the growth or change of the character(s) due to the journey.

In the Academy Award-nominated documentary Murderball (2005), we meet quadriplegic Wheel Chair Rugby Team USA in the first act and learn about their difficulties with their disabilities and the joy they have in playing their sport. In act two, we learn they will compete against Team Canada in the 2004 Paralympic Games. Team Canada is coached by a former teammate of theirs. The tension mounts. Can they win? In act three, we see what becomes of each of them after the big game.

Another part of the story to think about in story development is the emotional center. All good documentaries have it. You want your audience to relate, empathize and care about someone in the work. If you are making a documentary on an evil bank that stole money from everyday struggling families, don’t show only the conniving bankers, but show the impact on the single mother who works three jobs and just got evicted from her tiny home. Remember, make them laugh and make them cry. We’ll investigate this further in the next section. 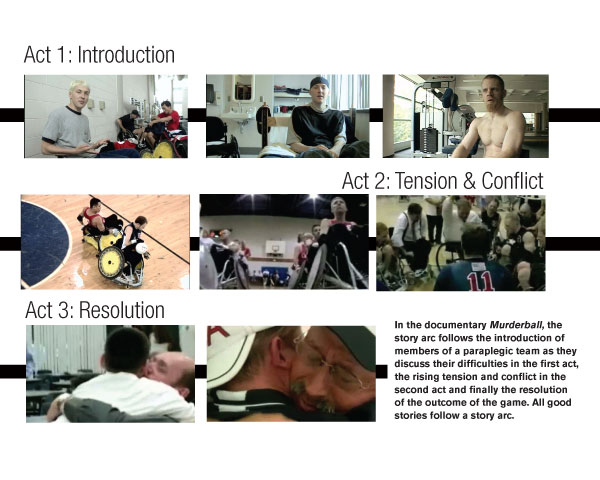 Similar to story arc and with obvious parallels is character development. Videomaker has come up with five steps to assure you have completely developed your character(s). Unlike in narrative script development, you are not making these characteristics up. Instead, you are looking to identify them and to show them to the viewer, if they are an integral part of the story.

Step #1 Introduction. How is your audience going to identify with the main character? There needs to be an emotional connection so we care about what happens to the main subject of the documentary. What are the basic personality traits? Focus on scenes or prepare interview questions that will allow the audience to empathize with the main character.

Step #3 Barriers. The obstacles our protagonist, or main character, is up against adds the much-needed tension and conflict to the story. Actually, they are the story. The barriers shape how our character develops before the camera.

Step #4 Action. Now that we know our main character(s) and we know what they are trying to accomplish, let’s see how they deal with their challenges. If the actions don’t unfold naturally before the lens, prepare interview questions and fortify them with B roll or reenactments. While capturing this relationship between subject-obstacle-resolution, we may even see the cinematographer’s or director’s perspective, as their talents and choices will dictate how the audience experiences the story. Remember these three things: show, show and show it. Otherwise, if you shoot 90 minutes of a talking head, you really are just making radio.

Step #5 Resolution. What is the exact moment that ends the character’s journey? What is the turning point? You might not know in preproduction, but you should be thinking about it, looking out for it, prepared to capture it. Did our protagonists overcome their obstacles and achieve their goals? How have they grown? How have they changed?

Most good documentaries have all three acts, though they are not always told in chronological order. Which brings us to tone and treatment. How do you tell your story? Will you follow a chronological timeline? Will you use voiceover? Talking heads (people explaining a situation on camera), actors, reenactments, still photos, animation? Your choices are many. How you tell your story might come from the subject matter itself. A documentary on Speed Heavy Metal will most likely not be slow and mellow. If you’re not sure about which visual style or theme you might peruse and the story itself is not dictating a style, think of a film – narrative or documentary – which you would want to emulate. Again, stay true to your characters and their situation. Is your story dark, damp and unpredictable like Blade Runner (1982), directed by Ridley Scott? Use it as inspiration. Is it bright, campy and sarcastic, such as Ma Vie en Rose (1997) by Alain Berliner? Study the movie and imitate it.

There you have it: idea, passion, compelling story, story arc, emotional center, character development and tone/treatment. Sounds like work, and it is, but anything worth its salt takes time (yes, there is a documentary called Salt). Develop these concepts in your non-fiction video, whether it be a two-minute short on dung beetles or an Oscar-nominated feature on a tightrope walker crossing between the Twin Towers (Man on Wire, 2008), and you’ll most likely have developed a compelling story.

Developing the story idea and direction is just the beginning, although it is one of the most important steps. Coming up in a future issue: Part 2, where we look at Funding, Financing and Budgeting, followed by Shooting and Editing. Until then, here’s your homework assignment: Start working on your story development. Think about how you can play it out in three acts. And finally, watch movies. A lot of movies. And documentaries, lots of them. Watch how the directors used the first act to bring you in, and find where the story arc peaks and ebbs. Find the point of conflict and resolution. And above all, when you start planning your own story, think about if you’re going to lose your audience in act two because your audience can’t stand your subject. Remember, you need to understand that your audience wants to know about your subject, or you have no story to tell. And if you have no story to tell, you won’t get the financing that is so important. We’ll tell you about that marvelous part of documaking in Part 2. Get watching!

Morgan Paar is a world-traveled documentarian and wrote this article while shooting a documentary in Ghana, West Africa.