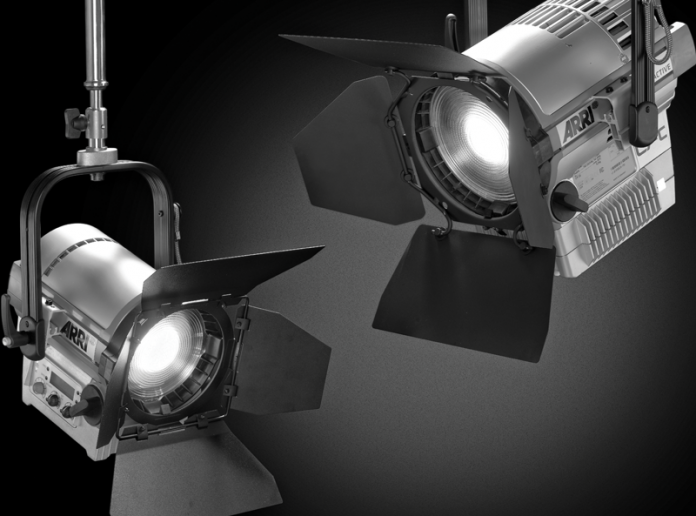 Lighting is one of the three basic pillars of good video. Good shooting equipment (camera, tripod, stabilizer, slider, etc.). Good audio. Good lighting. Under each pillar are about 190,000 other variables that factor into making video look and sound decent. While it’s possible to get creative with many variables, without taking an interest in good camera gear, pro audio and lighting, it’s difficult to make professional quality video, at least in the traditional sense.

In the last few years, updates in the lighting world have made a significant difference in how we light. New approaches to color temperatures, power considerations and other factors have reshaped the lighting world. Many of the latest offerings are using less power than ever, work without generating significant heat and may throw light in a manner unlike that of traditional hot lights the industry has employed for many years.

With all of the variables new lights bring into the fold, making an informed decision can be tricky, but the options are better than ever before. Let’s take a look at some of the latest offerings from the lighting world.

Pricing shown is per light unit, unless specified otherwise. In many cases, the manufacturer or retailer will package lights into systems. Prices are from time of writing, either from manufacturers or B&H Photo Video, a New York City-based retailer widely considered an authority on production equipment and the benchmark for industry pricing.

Always prevalent in both the professional market and at the entry level, Lowel has had an exciting year with new entries in their tungsten-halogen and fluorescent systems, though much of their very latest comes in the form of new LED offerings. The latest out of Lowel are:

When running and gunning mean less up-close-and-personal lighting, the Lowel PRO Power LED offers powerful output, with variable throw focusing wide and smooth or tight and punchy. The output is comparable to a 200W tungsten halogen fixture with the same focus range and beam angle. The smooth LED light delivery is flicker free for slow motion sequences, up to 2350 frames per second or better. The spotlight style body works with barndoors, gel frames, soft boxes, umbrellas and screwthread filters.

Unique in pro lighting is the GL-1, a handheld focusable and dimmable fresnel-style light equivalent to 100W tungsten halogen lamp output. With more than an hour of full brightness output per battery charge,the GL-1 can be used for any number of run and gun applications or mounted to a tripod when the action settles. Great for on-the-fly lighting accents, or setup testing.

Lowel’s Blender is a compact, versatile LED light with the ability to change color between daylight and tungsten on the fly via a dial. With either AC power or a battery sled, and either mounting to a Lowel Uni-stand or adapting for handheld, the Blender light is designed to fit into any shooting environment quickly and easily.

Also worth checking out: The Lowel SlimLight Kits

Announced this summer, the Astra 1×1 builds on the success of Litepanel’s previous 1×1 Astra series panels. The Astra 1×1 Bi-Color LED panel is a one-foot by one-foot LED light panel capable of AC or battery power, with infinitely variable tungsten to daylight balance and 100% dimming capabilities.

KinoFlo are makers of renowned KinoFLO and BarFly systems. In the last year or so we’ve seen quite a few interesting releases in their Tegra, Barfly, Image and Celeb series.

KinoFlo’s popular fluorescent BarFly panels got a new addition to the family with the 450 DMX fixture. Featuring DMX dimming and lamp switching, on-board and remote dimming from 100-5 percent, low energy usage and an ultra slim profile, the BarFly 450 DMX should continue the BarFly-series’ popular run. Those who use them swear by them.

NAB brought about many new LED lights, but a definite standout was the Celeb 400 DMX LED, one of the largest LED soft light banks available today. Clocking in at 45 x 14-inches, this band is perfect for television or film work, whether in a studio or on location. The Celeb is more than just size and soft light, however. White light can be dialled in from 2,700 to 5,500 Kelvin and has presets with programmable settings, full dimming without flicker or color shift and even light levels when adjusting the Kelvin settings.

More recently, KinoFlo introduced the 400Q DMX LED panel, which is also one of the largest soft LED panels on the market, measuring in at 30 x 26 inches. The panel boasts the same amazing quality of the 400 DMX, but with a different form factor. The option to power the 400Q by battery makes this an ideal location light.

With kits ranging from a single indirect light set atop a monitor to two indirect lights on stands ($240), the ViewMe Video Chat Lighting setups are designed to send indirect light toward a subject without blinding them with direct light. Instead, the light provides soft, flattering vertical light to accentuate the subject. The lights use small fluorescent bulbs with a color temperature of 3000K.

The Koldlite K110 (110W) and K220 (220W) fixtures are two and four bulb panels, respectively, designed to give off good, even light coverage for studio, ENG or location productions. Sturdy build quality, and packaging in well-rounded kits make these an excellent choice for a starter kit, or to augment a pro setup.

The good folks at ARRI brought us more than the 6K ALEXA 65 and the AMIRA this year. ARRI announced the launch of the new L-Series Power Class LED Fresnel fixture lineup, which is designed to match its conventional counterpart. The series replaces traditional fresnels with LEDs without any loss of quality or performance.

The lineup starts with the L5-C ($2,155), which is a five-inch 14-50 degree spot to flood adjustable fresnel, with color control from 2,800 to 10,000 K with full gamut color mixing, sliding stirrup, DMX and on-board control, and a USB-upgradeable internal computer.

Variants of the two new fresnels include models which use 3,200K Tungsten Balance, and a 5,000-6,500 Daylight Balance model. Each of them is available as a hanging, stand-mounted or pole-operated model.

K 5600 manufactures high end lights for use in film, television and photography. Of their offerings, the one that leapt out this year was the Joker-Bug Evolution 200, a 200W HMI AC/DC light for use in any environment, from studio to location. The Joker-Bug 200 has an output comparable to that of a 750/1000 watt quartz fixture, but with a power draw of only three amps. Perfect for location interviews, shoots in tight quarters such as cars or small rooms, or as an add-on to a larger kit.

Westcott has a long history of high quality light fixtures, including their ubiquitous SpiderLite series. Looking at their latest, we actually get a glimpse into the future of LED lighting.

The upcoming Westcott Flex represents a complete departure in the world of LED lighting, with a completely flexible 10 x 10-inch panel, or mat, capable of wrapping around into a column. The mat, lined with 168 LED diodes and outlined with a foldable ¼-inch thick black frame will weigh a mere five ounces and will be available in both daylight and tungsten color balance models, with an impressive output of 1,900 lux and 1,600 lux, respectively.

Available now is the equally futuristic Ice Light, a fully-dimmable, 1.3 pound, 5,200 – 5,400 K LED light, which looks more like a baton or lightsabre than it does a professional video light. Capable of running for 60 minutes on a 2.5 hour lithium ion battery charge (or forever, when charging on AC power), the cool LED can project a 72.5 degree beam and be held close to subjects or mounted on a stand or tripod with the industry standard 1/4-20-inch tap found at either end of the device.

Motion picture lighting company, Mole-Richardson, has released a few beauties over the last few months which are sure to find their way into studios everywhere.

All of the MoleLED Fresnels are available as Daylight or Tungsten color balance models, with 100-10 percent local dimming, 25-foot power cables and low electrical draw. Which model is right for the job depends on how much power and what kind of budget limitations are in place.

Flolight makes lighting for every scenario, from green screen lighting with their innovative CycLights to on-camera LEDs to professional studio and location lights.

Flolight’s CycLight is the world’s first single fixture LED light for green screen shooting. By using a patented Light Wave technology, which limits the light output at the base of the projection and increases the light at the top end, the CycLight is capable of providing perfect even green LED light across a green screen.

New to ikan’s lineup are their White Star fresnel series. Ranging in size from four-inch at 100-watts ($990) to six-inch at 200-watts ($1,430) or six-inch at 350-watts ($1,870), the White Stars are versatile LED fresnels which ship with four-way barndoors, spot flood focusing and dimming knobs, a quiet active cooling system and an integrated scrim holder, as well as 512 DMX In and Out channel selectors with digital readout.

Closing Up the Barndoors

Whew. There sure are plenty of options for lighting available right now, and this lineup just grazes the surface of what is out there. With each year, the options are more varied, more budgets are included and the level of creativity possible at every level grows another degree.

Lighting is such an important part of video, and is both a skill and an art form. It’s important to learn from the masters of lighting, but develop rules of your own. How a scene is lit can be determined by the tone a director or cinematographer is going for, but there might be a hundred ways to create a certain tone.

Check out the manufacturers included here and pore over their websites. Many of them have lighting schemes to download to get started or bolster your lighting skill set. If we’ve missed a light that really needed to be in this list, hit us up on Twitter @videomaker and we’ll be sure to give it a look.

Until next time, keep those shots lit up!

Russ Fairley is a producer and writes the daily news for Videomaker.