There is a popular T-shirt that shows up around theaters and television studios that states in bold print, "What I really want to do is direct." Who wouldn’t? The famous directors are second only to the stars.

Directing carries a certain mystique. Fellini, Hitchcock and Wells evoke images of geniuses employing esoteric symbols and effects to create groundbreaking films. Some directors are known for their intimidating methods, others for their laissez faire styles. And still others for their chaotic sets. In reality, though, most of the successful directors have found ways to communicate their visions to their actors in the simplest, least intimidating terms. Whether you are working with polished professionals or raw beginners, your goal is to inspire a performance from your talent that conveys an honest connection to the material (the dialogue) with a commanding on-camera presence that reflects comfort and poise.

Beginning directors must fight the temptation to make a big deal out of the process. Sometimes they feel an uncontrollable urge to exhibit their marvelous directing technique by shouting orders and counting backwards from five. If you’re a beginning director, it’s a good idea to refrain from intimidating people on the set, especially the actors. It’s also probably a good idea to refrain from wearing those swell-ride jodhpurs and return the long, black boots and beret.


Unless you are directing a live, "hot" shoot (something that goes out live to viewers, unedited), assure your talent that only the good takes will see the light of day and you’ll scrap the rest. Make sure they understand that no one will see the goofs. This should help to make them feel comfortable and free their performances.

Once you’ve spent the time and expense to set up a shoot, the least expensive component is the videotape. So tell your actors that you’ll shoot as many takes as it takes. Before you begin rolling tape, let your actors know what’s going to happen in the scene. If you notice that the talent seems intimated or nervous, try to communicate with your crew and camera people in a very low-key fashion. Then when you’re ready to shoot, roll tape and casually instruct your talent to begin. Don’t do any count down or make a big deal of the shoot. This should help ease the tension on the set and help to instill confidence in your actors.

Directing From a Script

A script is the road map for your production but it can also pose some problems. There’s a tendency, especially with beginning actors, to memorize the lines and then repeat them verbatim in a robot-like fashion. The result is dialogue that sounds contrived. If the actors sound like they are reading out loud, you must immediately begin exploring options to make the words sound real.

Talk with the actors about the dialogue. Don’t let them merely paraphrase, make them put the material into their own thoughts and then into their own words. After they really understand what their characters are saying and what they should be conveying, take them back to the written text. If the written text still isn’t working, you may need to shoot the actor’s own re-wording of the script to get more believable results. If not, try coaching your actors through the material and shooting without their knowledge. You may need to ultimately shoot a scene in pieces and cover the edits with B-roll (related shots that illustrate the text).

Once you have solved the content issues, you can address the visual aspects. For instance, should your actors speak directly to the camera or not? It depends on the script. If your on-camera talent is required to speak directly to the viewers, you have no choice, but if you are conducting an interview, you may have better results if you avoid having your subject look into the lens. Unless it significantly enhances the project or the talent is a seasoned professional, have your talent speak to a person instead. One technique that usually works well is the stand-in approach. After building a rapport with the actor, stand next to the camera and establish eye contact so the subject can deliver his lines to you, instead of the camera. This creates a real connection that translates well to the screen.

When you direct actors who are playing roles, whether dramatic or comedic, it’s a much more complex endeavor than when you direct a simple "talking head" interview. And between drama and comedy, a dramatic scene is more forgiving. In a dramatic scene you can get away with a few weak moments and still have an over-all scene that’s successfully put together.

Start with the written word. Encourage your actors to explore their characters. A competent writer creates characters with unique characteristics and features. A director may spend weeks, even months, working with an actor to develop a role before shooting a single frame of video. This means that you will need to begin directing your talent long before the day of the shoot. Each actor should begin dissecting a role by determining the fashion in which the character speaks and thinks. Encourage your actors to make lists of all of their character’s adjectives, verbs, metaphors, similes and forms of speech. Studying this list will help each actor highlight what the writer was trying to achieve with a given character.

One simple way to understand the "line intention" (what the character is trying to accomplish by what they are saying) is to have each of your actors reduce every important line of dialogue to "I want" or "I need". For example, the line may read, "I have to go to the bathroom" which might mean "I need to empty my bladder" or it might mean "I need to get out of the room because you are too close to discovering my relationship with your wife."

Making these types of actor choices will color and empower your actors’ performances. The more your actors understand their characters, the easier it will be for them to be "in the moment" and bring a believable and honest character to life.


Comedy is harder than drama, because comedy either works or it doesn’t. More than a dramatic scene, a comedic scene is about timing, rhythm, tempo and tone. Even the really funny guys don’t always get it right. Mel Brooks’ "Men in Tights" is a case in point. So, if you are a new director trying to direct comedy what do you do?

Comedic acting depends on listening and reacting, not just reciting lines. In general, you should never encourage your actors to think they are playing funny characters. Tell them to believe in their characters and don’t "act" funny. A perfect example is Leslie Nielsen, who is funny because he is committed to believing in the characters he plays. He is so serious and straight about the credibility of these incredible characters that it only increases how funny it seems. If you want your actors to be funny on screen, eliminate the placing of their tongues in their cheeks and the permanent wink in their eye. In other words, have the actors do the scene straight.

It’s difficult to overcome a script that isn’t funny, but overacting and pandering is a surefire way to cripple what might otherwise be a funny scene. Be sure to encourage your actors to trust the silence in comedy. Usually silence sets up a punch line. The silence before a punch line focuses the audience’s attention and then a well-timed punch line delivers the laugh. Video presents an interesting challenge regarding viewer laughs. Live theater allows an actor to pause for laughs because the audience is part of the performance. A theater audience expects the actors to wait for the laughter to peak before going on.

In video, if you are working without a laugh track, a director will need to create some business (drinking from a glass, picking up a piece of mail) that allows an actor to have a reason to hold for the anticipated laugh. If you don’t adjust your timing to allow for laughter, you’ll discourage the audience from laughing since they’ll be afraid they’ll miss part of the scene.

As a video director, you will rarely have the luxury of a lot of rehearsal time. One secret that all good directors know is that it’s easier to direct good actors than bad ones. A well-constructed scene should unfold like a well-constructed fast break by the Los Angles Lakers. Multiple players pass a basketball back and forth in a perfectly-choreographed fashion, culminating in the end as one player slam-dunks the basketball in one swift move that approaches art. As a director, you’re trying to coordinate this same kind of instinctual give and take which leads to a basket: a poignant moment or a laugh. You would never expect the same result if you replaced the Laker players with a group of guys from your office and asked them to run the same play.

Finding the right talent is your best bet to deliver a successful end product. So, don’t cheat the audition process. Have the potential talent read from your script and look for individuals who instinctually have a feel for the material.

There are a few things that you should remember as you embark on your directorial debut: Do your homework before you arrive on the set making sure that you know what you want from each scene and each actor before they arrive for the shoot. This instills confidence and saves time. Make it your goal to create mutual trust between you and your talent. Also, it never hurts to have plenty of food and beverages available. And then, as you interpret their lines, encourage your actors to "keep alive and keep thinking." That’s always the best advice an inspiring director can give every aspiring actor. 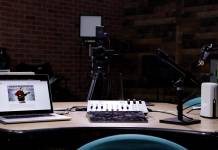