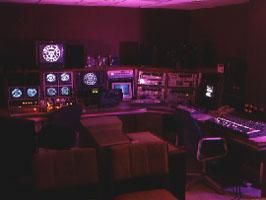 Above All Video is a professional production and editing company that creates local television commercials and industrial promotional pieces. On a given day, the employees at Above All Video might find themselves creating a point-of-sale video for a software production company, a 30-second spot for a local feed store, or perhaps even a short piece for a local TV station’s news broadcast.

When owner/operator Steve Braten decided to start Above All Video, it gave him the chance to assemble the professional editing environment of his dreams, a full-blown production house with two broadcast-quality edit suites–one linear, and one nonlinear.

Steve Braten has run his production and editing company successfully for the past eight years, but he does remember what it was like to be a beginning videographer. To all novices, he gives this advice: "Video is like anything else. The more you put into it, the more you’ll get out of it. If you’re a video student, I suggest you get yourself an internship. To anyone who wants to get a good solid background in video, I suggest finding a place where you can hang your hat and sit next to people who have good video production and editing skills, and observe how they do it. There’s no substitute for hands-on time with the equipment."

CAPTIONS
The linear configuration consists of a pair of Sony BVW-75 Beta record decks and one BVW-65 player deck, linked together by a computer-based Sony BE-9000 edit controller and a Grass Valley Group 200-2 switcher. This high-end A/B-roll editing suite differs from most, because it uses two decks with record capability and only one player deck, where most would use one record deck and two player decks. Braten configures the A/B-roll in the usual way, but by using a fully-functional record deck in place of one player deck, he has a backup record VCR in case his main record VCR fails. The linear editing suite also has a Panasonic BR-S662U S-VHS VCR, a Sony VO-9850 3/4-inch U-Matic deck (both for transferring footage to Beta) and an Abacus A72 character generator.

The nonlinear suite consists of a Macintosh PowerPC-driven Media 100 system, connected to a single Sony UVW-1800 Beta deck for input and output. Editing in a nonlinear environment requires that many project windows must be open on the screen, so this dream suite has two 17-inch Apple monitors. To fully utilize both displays, they configured the operating system’s desktop to stretch across both monitors. For digital storage, the suite has a Sledgehammer 34-gigabyte SCSI RAID array consisting of two 17-gigabyte hard drives (45 minutes to an hour of broadcast resolution video). For still image and graphic input, they use a Umax Astra 600S high-resolution scanner.