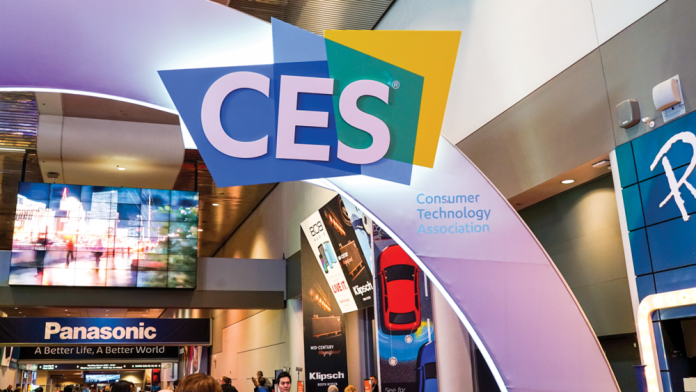 The 2017 Consumer Electronic show is in the history books. The 50th Anniversary show boasted more floor space than ever — 2.6 million square feet, spread out over three different sites. There were more than 3,800 companies displaying the newest in technology. CES is always noted for being the place where the electronics industry unveils its latest gadgets. This year was no exception. On display were robots, self-driving cars, drones and spherical video technologies. But what about the newest in camera technology? That was a little harder to find.

As you walked the floor, you would notice that the connected home appliances, and health related gadgets, seemed to be the newest things. Scattered among the big names like Intel and Dish Network, there were many smaller companies, featuring smart small appliances. One company was showing a coffee maker that has a large water tank and bean reservoir that will make a fresh pot of coffee with an app. There were several booths that had things to help you get a good night’s sleep. You would pass through booths with power solutions and, randomly find a manufacturer featuring oil diffusers. It was a hodgepodge of tech.

The major electronics companies were also showing a lot of connected home products. For example, Samsung had their smart refrigerator. LG had tons of in-home appliances including a home dry cleaning machine. The companies that you might expect to be featuring new video technology were showcasing other things.

Sony had a huge booth, but the majority of the space was dedicated to their partnerships. They had on display a variety of high tech gear that was produced in conjunction with Sony. For example, they had a Bluetooth earbud that was also a personal assistant. You could see a fixed wing drone for GIS applications. Sony did have a corner dedicated to their cameras, but there were no new launches on display. In the camera section, Sony had a camera tech behind glass who could tear down your camera and give it a good cleaning, similar to a demonstration Canon did a few years back.

Speaking of Canon, you would have expected this camera giant to have cameras as the major part of their display. Instead, the largest section of their booth was taken up by a giant scanner tent. You could wait in line to have yourself scanned. At the end you would be given a flash drive with your complete 3D image. This image can be used with a 3D printer, or they would supply the name of a company who could make a copy of you — can you say “Videomaker action figure”?

The show wasn’t completely devoid of new production gear, fortunately. Panasonic finally rolled out for public view its Lumix GH5. Nikon was showing their new D5600. But the newest in cameras was to be found in the spherical video realm. HumanEyes had their Vuze on display and Insta360 announced an 8K spherical camera simply called the Insta360 Pro.

A number of new cameras on display were of the flying variety. DJI had a big booth and were showing several models including the new Mavic Pro. GoPro was featuring their off-again, on-again Karma drone that comes equipped with a stabilizing gimbal mount. They said to expect a big announcement later this year.

There were also a bunch of smaller companies with drones like the Hover Camera. This drone folds up to the size of a book and, when opened, will follow you around to give you great selfies. A new start-up called Sunly Tech had a drone that was touted as the smallest 4K camera drone, the Alpha Cam.

Using their spherical camera, the Theta, Ricoh demonstrated a system that would link video and still images, based on location.

In other video technology, Ricoh gave us a peek at their visual connected technology. Using their spherical camera, the Theta, they demonstrated a system that would link video and still images, based on location. For example, they had spherical stills taken inside a garden. As you look around the image, boxes would pop-up to show every image that was taken in that location. There were flowers that were linked to stills. There was video taken of a waterfall from different angles and by different cameras. This could really change how video is edited. The Ricoh reps said that this was a project they were working on, but had no release dates. They didn't even have a name for it, but simply said that this was “forward looking” technology.

All over the floor, people were carrying bags with big, retro smiley faces and the Polaroid logo printed on them. Polaroid also had lots of ad space all over the convention center, so we had to see what the hype was all about. The once giant camera company has also lagged behind in recent years, as film has given way to digital pictures. In their retro designed booth they featured lots of different gadgets like their spherical cam, the Revolve 360. They were also showing lots of new mounts for their action cameras, the magnet Cube and the Xs 100 line.

The big buzz was about their camera, the Polaroid Pop, a step up from their Snap line, which are full featured digital cameras with a tiny printer built right in. The Pop prints larger format pictures at the classic 3 x 4 inches, the same size as the original Polaroid prints that we know and love. Polaroid calls the technology ZINK or “zero ink”. You purchase a special pack of Polaroid paper like you used to do with their picture cartridges. The image can be edgeless or with the classic Polaroid white border that is fatter on the bottom. That’s right, the old school Polaroid picture is back!

Another big photography name was also back. In recent years, you haven't necessarily associated Kodak with new technology. The company is also playing catch-up in digital imaging, but they had several new gadgets on display. Perhaps the coolest was their smartphone, the retro styled Ektra. (That’s right, a Kodak smartphone!) The back of the phone is made with a fixed lens and textured plastic that makes it look like an old Kodak film camera. It does boast 13Mp stills and up to 4K video.

Kodak’s new PIXPRO Orbit 360 announcement caught our attention, as well. The camera is a step up from their action cam, the SP360, and is slated for a March roll out. The camera is a cube with a dome lens on both sides — the SP360 has a single 360 lens. The Orbit 360 will shoot in 360 at 4K full frame 20MP imaging.

Television is King at CES

In the 50 year history of CES, televisions have always been a primary showcase item.  It was at CES that we first got a glimpse of projection, HD and 4K screens. This year the emphasis was on the super thin. LG was showing their OLED TV W line, and some at the booth were joking that the “W” was for wallpaper. This set won several best in show awards and represents the absolute thinnest design for any home video screen at just 2.57mm thick. That’s just a bit thicker than two credit cards.

Royole was showing a smaller flexible screen that was .01mm. It’s designed as an OEM product that may soon find its way into cell phones or VR goggles. They had it displayed curving around like a video bracelet.

As we saw on display this year, your next home set is going to be thin and will simply blend right into your wall. Like Samsung’s new debut, the Lifestyle TV — a monitor that you never turn off because it doubles as a piece of art. Or is it a digital picture frame that doubles as a TV? They were displayed on a wall with other framed art and, when they displayed a still picture, the set was completely clean. It looked just like the other framed art. Samsung was showing this and other stunning screens that use their QLED, or ‘Quantum Dot’ technology.

There were many things on display at CES that are future looking and ultimately CES is about seeing the trends in technology. This year the trends were toward smart homes, smart cars and robotics. Drones and 4K seem to be the new norm. These were all on display but, for much of the technology, we will have to wait. Some things may not find their way onto shelves in 2017.

If you had sum up the forward look for CES 2017, for video it would be more 4K, more flying cameras and better connectivity. We’ll just have to wait for the next big show, NAB, to find out about the new camera releases.

SIDEBAR: Thanks for the Memory

Every year at CES you get more memory. No, we’re not talking about the sights and experiences that you are going to remember. We’re talking about storage for your digital devices.

One buzz-worthy announcement came from Kingston with the world's largest USB flash drive. Their Ultimate GT is about double the thickness of your normal flash drive but comes in 1 and 2 TB — yes Terabyte — capacity. No price or availability was given.

Not to be outdone, their competitor, SanDisk, announced the fastest USB flash drive, the Extreme Pro. They say read speeds of 420 MB/s and write speeds of 380 MB/s using USB 3.1. These have hit the streets and come in 128GB and 256GB sizes.

If you're looking for a portable drive, there were a number of standouts. For example LaCie announced a larger capacity to their rugged hard drive line. In the next few months, you’ll be able to get one of those familiar hard drives that looks like it's wearing an orange life jacket in a 4 or 5 TB capacity. They will support USB 3.0, USB-C and Thunderbolt. They say it will deliver transfer speeds of up to 510 MB/s.

Jeff Chaves is the Chief Creative Officer of Grace Pictures Inc., which he co-owns with his wife, Peggy. He got his start as an Army Broadcaster in the 1980s and spent 12-plus years working in broadcasting. Jeff left broadcast television to pursue full-time ministry.