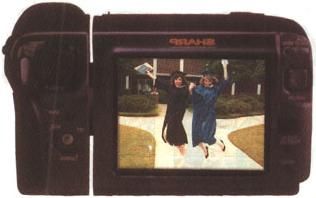 It’s the official rite of passage for American teens–high school graduation–and parents want that moment captured on tape. Like most "home videos" the project can be more difficult than it needs to be. However, by using our storyboard and editing in-camera as you go, you can make a video free of the usual missed shots and random visuals.

How can we bring the best moments and a spontaneous incident or two together to make a great graduation video you will want to watch for years to come? It’s really very simple.

Before taping begins go out to the site of the ceremony and take a look around. If you do this a few hours before the ceremony, everything like chairs, podiums and the public address system should be in place. This will give you the opportunity to find a place to set up your camera and tripod.

It will help to get a copy of the program to follow as you shoot. Let’s face it, most of the ceremony’s total time will be allotted to speeches. Members of the press routinely get copies of the commencement addresses in advance of the event and if you’re nice to the principal, you could get a copy too. This will help you plan which highlights of the speeches you will want to record.

You’ve done your homework, but did you remember to get one of the invitations? A shot of the invitation is a nice place to start and helps set the tone for the video. Most high schools have a marquee to announce sporting events or celebrations. It will probably say "Congratulations Class of 1998" on graduation day, so get a shot of that too.

You’ll want to get a few shots of the audience walking in. Hold the camera still and let the people walk by. Resist the urge to pan (move the camera from side to side) or zoom in and out.

Now go the spot you selected earlier to shoot the processional. Start with a wide view of the class marching in, then get a medium shot of a dozen faces or so to show the excitement they’re feeling. Pause your camera while you’re setting up the next shot.

From here, you should be able to alternate between the crowd and the podium, where we’ll hear all about the great things the students have learned during their years at John Doe High and all the wonderful things they’re going to do to change the world.

Shoot the principal welcoming everyone then cut to a crowd shot that shows how many people are in the audience. Remember not to cut directly from one speaker to another. Keep the audio in mind and pause the camcorder at a natural break in a speaker’s presentation.

Try to keep shots 10- to 12-seconds long. Shoot highlights rather than the whole event. Your graduate will remember graduation as a very quick event so it’s OK if the video moves quickly too.

The likely finale of your video will be that time-honored toss of caps into the air. Make sure you leave room in your shot not just for the toss but for the distance the caps are likely to travel upwards.

Remember to pause–never turn your camera off between shots. Turning off the camera may result in a nasty fuzz instead of a clean transition. If you must pan, do it only once or twice in this production and make sure each is carefully planned out. And a final caveat, resist with all your might the urge to zoom in or out. Just don’t do it!

If you follow our graduation storyboard, you should end up with a polished video that is as fun to watch as the original event. Good luck.

Julie Deforest is a television producer and journalist.