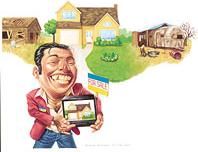 The minute you edit two shots together, you falsify reality; and even if you don’t edit (to the dismay of your suffering viewers) you still distort reality, just by showing selected parts of a scene while framing off other parts of the shot.

This is old news of course. About 20 minutes after movies were invented, Georges Mlis was already using them in France to bamboozle viewers with special effects. In America, the 1898 sinking of the Battleship Maine

For a century now, philosophers and social critics have wrestled with the implications of two intractable facts:

1) Even the most honestly intended movies cannot help but falsify reality.

2) All movies, whether honest or dishonest, have an unusually powerful ability to convince viewers that the shadows on the screen are real.

Let’s look at these facts and then see how responsible videographers can keep programs honest in their essentials even though they’re unavoidably crooked in their details.

The simplest lie is omission: the viewer can’t know it if you don’t show it. To demonstrate, let’s use a short real estate promo that purports to document a home for sale. You linger over the big master bedroom suite, peruse every feature of the remodeled kitchen, lovingly survey the family room (fireplace, bar, etc.). But the other two bedrooms and the living room are never on-screen (in truth because they’re each no more than eight feet square). Did you misrepresent these rooms? Perish the thought! You merely didn’t include them. But did this omission misrepresent the property? You betcha.

Fibbing Within the Shot

Even when you do tape something you can still omit unwanted material by using the power of the frame: the border around the screen that acts as an information gatekeeper. Through judicious framing, your video can show the home’s lovely front yard, while excluding the roof that needs replacing, not to mention the 1948 single-wide trailer that’s rusting away next door.

And while we’re framing creatively, let’s jazz up the backyard by placing a long flower box out of frame in the foreground. The colorful blooms waving gently across the bottom of the screen conceal the bare dirt behind them; and since you’ve framed off their planter box, the flowers seem to be growing in the ground.

"Golf course view," says the ad, and sure enough, it’s right there on the screen. But viewers can’t tell that the fairway’s a mile distant because the intervening housing tract is concealed below the frame line.

Scaling reinforces the country club scam. A telephoto lens makes the golf course appear much closer than it is. On the other hand, if you want to scale something farther rather than closer, try a wide-angle view. With an ultra-wide lens to inflate it, you might want to shoot that tiny living room after all. (For a textbook demonstration of this technique, look at the photos of trailer and motor home interiors in RV magazines; then compare them with the ground plans.)

While looking at RV ads, study the exotic landscapes that are supposedly outside the windows of these rigs. Many are inserted by compositing, a technique available to video editors as well as still photographers. In the old days, convincing chromakey was unavailable to consumers; but with patience and digital post you can put your spouse on Mt. Everest.

In short, through framing, scaling and compositing, a savvy video editor can tell big lies within single shots.

By far the most powerful fibbing device is the edit. Because viewers naturally combine multiple stand-alone shots into single continuous actions, you can synthesize false realities by juxtaposing the right elements.

Expand or contract space at will. Give the actress playing "homeowner" a golfing outfit and clubs. In shot A, she emerges from her front door and walks out of frame, screen-right. In shot B, she walks on screen from the left and goes through the country club door. Conclusion? The course is just across the street, instead of a mile away.

For the opposite spatial effect, have her cross that tiny living room twice: once moving away from the camera and again coming toward it. Hold the first shot until she’s two-thirds across the room; then cut to the opposite angle when she’s still only one-third across. This edit will make the room seem 25% longer than it is.

Your real estate video couldn’t show a truly flat-out lie like a fictional backyard swimming pool because a visit to the property would instantly reveal that it didn’t exist. But when the viewer can’t verify, the sky’s the limit.

Literally, in the example of your spouse on Mt. Everest. Suppose you have a stock shot of the distant peak: a low angle with endless snow fields in the foreground and hard blue sky overhead. Now: dress your spouse for severe weather and set up a low angle waist shot with a similar blue sky background. Spouse trudges into empty shot, pauses to look upward, then doggedly continues out of shot again.

When your better half looks up, cut in the stock shot of the awesome mountain. Viewers will assume that your spouse is close enough to Everest to see it. (Just before the shot, rush some frosty snow goggles out of the deep freeze and put them on your partner. Dry mashed potato flakes dropped in front of an offscreen leaf blower can add convincing flurries. These extra touches will help sell the gag.)

A helicopter fly-by stock shot of the summit shows the triumphant conquerors waving at the camera. Cut in another low angle of spouse waving (goggles off to verify identity) and the big lie is complete.

Since we can’t make videos at all without at least choosing angles, framing shots and cutting, we have to lie a little. In that case, what’s a "stretcher," as Huck Finn called them, and what’s downright unethical? The answer depends on the purpose of the fib and the genre in which it’s used, whether fiction program, documentary, news clip or commercial.

In a story film or video, it’s open season. After all, viewers know that the entire movie is that acceptable form of lying called fiction. They don’t care if something is real, but only if it seems real.

For documentaries the rules are tighter. In a wonderful program called The Year of the Jaguar, a bird (and the photographer shooting it) is 100 feet up in the rain forest canopy when the bird drops a fruit. Cut to the base of the tree just before the fruit splatters on the ground. Did the photographer climb 100 feet down in time to capture the splash? I don’t think so.

The same program repeatedly pairs "glance/object" shots: first a potential meal betraying its presence and then a jaguar suddenly looking off screen, as if in response. Were the shot pairs recorded in order? Were they even related? Naaah!

But the bird’s fruit did hit the ground just as shown, and the big cat did react to just that prey in just that fashion. These edits are merely procedural fibs intended to synthesize what actually happened but could not be photographed that way.

By contrast, Disney was rightly criticized for using special effects to make scorpions square dance like TV cats going chow-chow-chow. The difference? Scorpions never behave that way. In documentaries, then, editorial lies may be okay if the results are essentially truthful.

The standards for commercials should be tougher still, because their objective is to obtain your money or your vote. Things have improved on kiddie spots, where three-inch plastic warriors no longer look a yard high on the TV screen.

But every step forward brings a step back. Now we’re up to here in so-called "psychics" who seem to know your lover’s most intimate secrets and will tell you all about them ABSOLUTELY FREE!!! True, an on-screen title warns that only 3 minutes are free and the whole shoddy game’s just for fun. All you need to decode this disclaimer is a 36-inch set with 700 lines of resolution and a degree from Evelyn Wood speed reading.

Political commercials deliver the most insidious lies of all because they don’t always use editing or camera tricks. Resonant images can do all the work instead. Here’s the handsome candidate strolling on the beach at sunset, shoes in hand and cuffs rolled up bare ankles. The implicit message is that this guy’s as warm and natural as the gentle surf at sunset. The only explicit statement, though, is that he’s smart enough to keep his pants dry (if not bright enough to wear shorts).

And perhaps even that is a lie.