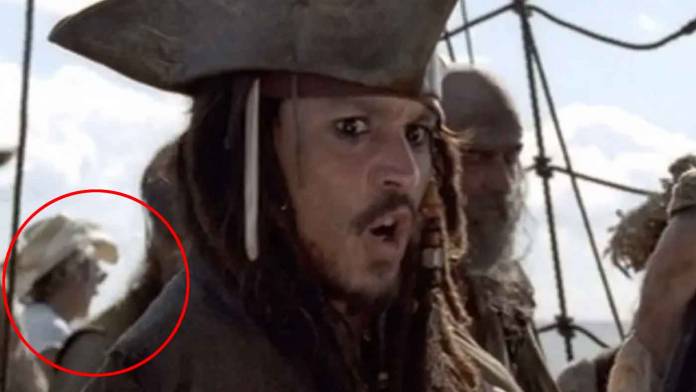 Read through the end-credits of any blockbuster movie and you’ll see hundreds— sometimes even thousands—of names roll by. Everyone from the top tier directors, producers and actors to the truck drivers and craft services get their name on the big screen. Somewhere within that massive list are crew members responsible for the continuity of a movie. In the days of early movie magic, you might have seen a crew position called “Continuity.” This person’s job was to guarantee that everything in a scene was in the exact location and laid out, in the same manner, take after take, even if the shooting schedule covered days or weeks at a time.

The Trick to Continuity

Keeping continuity straight can be difficult. Consider that the crew might shoot an outdoor winter scene for a Christmas movie in the spring, then they discover that they need to go back for some pickup shots in the fall, long after the movie has wrapped. Not only does the fake snow need to look real, it needs to fall with the same consistency as the fake snow in the scenes shot months earlier, and all the props around the scene need to lie in the same way. It’s nearly impossible and directors and editors will use cutaway tricks to mask the break in continuity. Continuity staff takes hundreds of photographs of a scene and thousands of notes on detail, light placement, actor marks, etc., but, still, accidents happen and there are websites devoted to finding mistakes.

At the least, a continuity error will pass by completely unnoticed, and the worst, it can take a viewer out of the movie for a split second, ruining his or her movie-going experience.

I learned about movie mistakes as a child while watching the annual showing of The Wonderful Wizard of Oz—a BIG event back in the 1960s. I’ve never read about this movie mistake, so every time I see it, I wonder if I’m just imagining it. This is in the scene where Dorothy and company are in the dark scary woods and the creepy flying blue monkeys attack. The scene starts with a wide shot, establishing that these monkeys could fly, then it changes to a medium shot of mayhem as the monkeys terrorize our heroes. Two monkeys grab Dorothy and take off, and the next shot is an extremely long shot of a group monkeys in the air, and you see Dorothy’s feet dangling as she screams in terror. Right behind her is another monkey carrying Toto, yet the very next shot shows a medium shot of a monkey on the ground grabbing Toto from the forest and taking off. An obvious error in continuity—at least that’s the way it looks to me—but I’ve never seen that account written up, so I always wonder—am I imagining it? As a child, I knew that was a mix-up, and my appreciation—and critique—of movies was born.

On the Hunt for Movie Mistakes

I love looking at behind the scenes clips or director’s commentaries. And I enjoy discovering movie mistakes—it’s like being privy to some secret Hollywood society. If you’re a fan of finding movie mistakes, check out Moviemistakes.com

It has a good comprehensive list of mistakes from the well spotted shots of mic booms dipping into a scene and camera ops’ reflections in chrome and glass, to continuity errors like the subject wearing sunglasses in one clip of a scene but not in the next.

One of Moviemistakes.com examples from Pirates of the Caribbean: The Curse of the Black Pearl shows up in the widescreen version towards the end of the movie: “Just as Jack [Johnny Depp] says, ‘On deck, you scabrous dogs,” on the left edge of the screen over Jack’s shoulder is a grip crew member with a tan cowboy hat, white short sleeve tee shirt and sunglasses, just standing there looking out to sea.'” The site categorizes mistakes into eight different types:
Continuity – a mistake that continues between two or more shots, such as objects moving about without being touched or characters’ postures changing too drastically in a too short period of time.
Factual – a mistake that clashes with the real world by being historically, geographically, or physically incorrect, including false statements by supposed experts or spelling/grammatical errors. Related to Plot Holes.
Revealing – a mistake exposing the film-making process, such as poor visual effects or an obvious stunt performer. Related to Visible Crew/Equipment.
Visible Crew/Equipment – camera crew, equipment, and objects used for filming becoming visible on-screen. Related to Revealing.
Plot – a conflict in the internal logic of a film, such as a character doing something illogical and out of character simply to move the plot along. Related to Factual Error.
Audio – a mistake related to the film’s audio component, speech, sound effects and so forth.
Deliberate “Mistakes” – a mistake that is done on purpose by the film’s creators for any one of a number of possible reasons.
Character – a significant error in dialogue or written words.

The site also points out Easter Eggs… fodder for another fun-time-discovery sometime!

Many of you, our movie enthusiastic readers, are probably like me, you can’t sit through a movie with a friend without commenting on something like, “nice crane shot,” or “slow dolly technique, very smooth.” Drives my friends nuts, actually. So let’s hear about YOUR favorite movie mistakes!