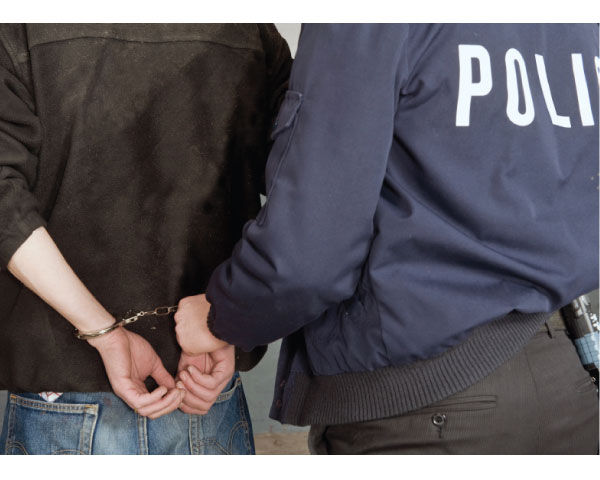 You’ve read stories about someone with a camcorder witnessing a confrontation with police and these witnesses do what anyone would – they record the act. They might not know what or why the confrontation is about, but by recording the action they were considered accessories to a crime. Last summer, the U.S. Court of Appeals in Massachusetts ruled in favor of videographers, but its wording should hold true for all Americans. The ruling states that Americans with recording devices are protected under the First Amendment to record public officials doing their jobs in a public space.

Simon Glik stumbled across an arrest in progress in a public park in Boston. He recorded the officers as they were arresting a man, but as soon as an officer noticed Glik was recording the process, Glik was arrested. Not for shooting video, but for recording audio, because he was in violation of Massachusetts’ wiretap law. Glik was later found not guilty by the Boston Municipal Court, because his recording device wasn’t concealed and he then filed a civil rights violation suit. The police claimed Glik was in violation of something called qualified immunity, which is supposed to protect them from being harassed while doing their job. The U.S. district court denied their claim and the police filed an appeal, which led to this important ruling.

An excerpt from the Aug. 26, 2011 Appeal From the United States District Court for the District of Massachusetts ruling states:

“In this interlocutory appeal, the defendant police officers challenge an order of the district court denying them qualified immunity on Glik’s constitutional claims. We conclude, based on the facts alleged, that Glik was exercising clearly established First Amendment rights in filming the officers in a public space, and that his clearly-established Fourth Amendment rights were violated by his arrest without probable cause. We therefore affirm.”

This fascinating text tells how Glik heard what he thought was excessive police behavior so he started recording the action. How – when challenged – he said that he was concerned for the man’s well-being. And when he was arrested, and then cleared, he tried to file a complaint with Boston’s internal affairs and was ignored.

What we’ve learned here is that public officials can’t bully us into not recording what we see in public. An innocent bystander doesn’t have to make the decision to ‘not get involved’ stumbling upon an action in which appears someone’s rights are being violated or a public official is breaking the law. Videographers and ordinary citizens should feel protected against being considered a criminal for being a witness to an event – good or bad – that takes place on public property or while the witness is on public property.

One might argue that the problem with a confrontation being recorded by someone who stumbles upon the event is that it could be similar to walking into a movie in progress. The recorded images don’t show what led up to the event, only that moment in time. But then again, an eyewitness without a recording device might be in the same situation. “I saw a man running; I saw other men in uniform take him down…” however, ‘recorded witness’ is usually more accurate than an ‘eye witness’, who could be confused by what’s going on at the time, and his/her brain might not assemble all points to the puzzle immediately. An eyewitness, though, isn’t (usually) arrested for what he might have seen. The camera is a non-participatory, unemotional documentarian in the purest form – it sees – without prejudice – what it is focused and framed to see. Events occurring outside its screen are not considered. Who’s to say that right next to that confrontation, something bigger is going on, something that could explain the scene that is being captured at the moment? Ah… but that’s a different idea for another time.

In the United States, public officials are ‘owned’ by the citizens. We pay their salaries through our taxes, and so some of their own personal rights are given up when they take public office. They know this, but as many a politician who’s gotten his or her fingers caught in the cookie jar know, in this new world of the ubiquitous camera, if you’re not doing anything wrong, you shouldn’t have to worry, right? They are public servants, but that’s not to say you have the right to impede their work, regardless of how you feel about what’s going on at the moment. Journalists know this, you can’t cross over the yellow security tape or get in the way of any public servant doing his or her duty.

Least anyone thinks they can record events without worry, they are wrong. There are lots of rules about public access and intent that can still land you in jail, if you’re not careful. There’s the issue or concern of the Department of Homeland Security, for example. Some members of DHS might question you if you’re recording images in airports, bridges or federal buildings. Each situation might have its own rules you’re expected to follow. Our What’s Legal columns by attorney Mark Levy explains a lot of the rules in easy-to-follow layman’s terms. Remember, you should always try to stay on the legal side of the law when you’re recording. The Center for Social Media has a great listing of code of practices in Fair Use, check that out, too. 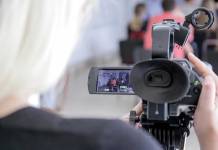 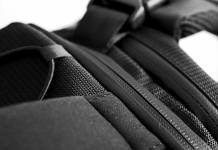