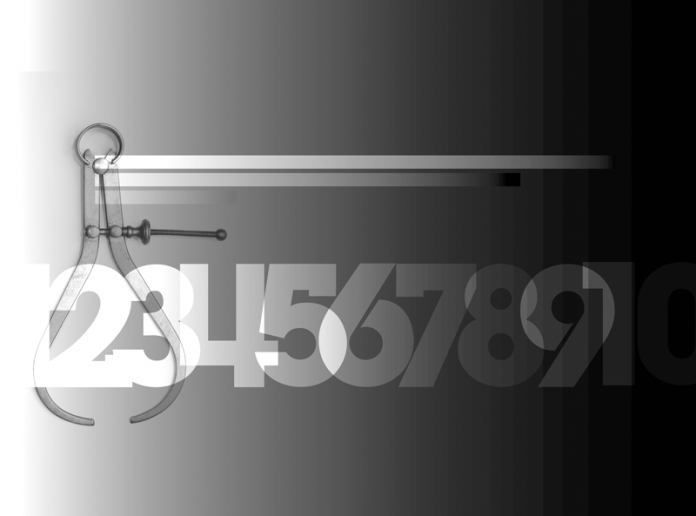 Only shooting on film or with a top of the line digital cinema camera will provide you with a truly wide dynamic range since even the best digital video cameras tend to have a rather limited dynamic range. If you don’t have a Michael Bay budget, you can still produce a more cinematic look to your footage without the expense of shooting on film or without the cost of a high end digital cinema camera by learning how to manage your shots and utilizing the dynamic range of your camera.

The film look is commonly talked about as something to strive for when shooting digitally. When you think about it though, many feature films look very different from one another. “Fight Club” and “The Hangover” don’t have the same look. “House of Cards” has a film look not just because they shot on RED Epic digital cinema cameras, but because of many other decisions that were made outside of the camera workflow such as those made in production design (sets, props and wardrobe). Everything you put in front of the camera affects the look of your footage. It seems simple, but it’s often overlooked on many films especially productions with small crews and tight budgets.

A wide, or at least well-utilized, dynamic range is just one of the more common traits of a cinematic look; others include shallow depth of field, 24fps frame rate and less technical factors such as how the shots are framed and how the camera is moved. Colors and how they are represented also play a big part in building a cinematic look. Only by combining these elements can you achieve a cinematic look. If you put no other effort into it, a video clip shot at 24fps will usually look like a video clip no matter what camera you shoot it on.

The Sony F65, Arri Alexa and RED Epic Dragon all have dynamic ranges that come close to or rival that of 35mm film, but these are top-of-the line cinema cameras that rent for more money for a week then the purchase price of most DSLRs. While a cinema camera's really large dynamic range will make it easier to get shots with lots of shadow and highlight detail, it is possible to get similar results with a more affordable camera.

The RED Scarlet, Canon C500 and Sony F5 all have large dynamic ranges and are a bit more affordable. While they don’t have top-of-the-line dynamic range, they do have cinema camera features and usability. The Canon 5D Mark III and the Blackmagic Cinema Camera also boast larger dynamic ranges for video than most DSLRs and camcorders, but they lack the ease of shooting seen in the more expensive cinema cameras.

You can produce a more cinematic look to your footage by learning how to manage your shots and utilizing the dynamic range of your camera.

Many DSLRs and mirrorless cameras have gamma settings that apply different curves that alter the color, shadow and highlights of the footage being recorded to give it a more cinematic look. The Panasonic GH4 has multiple cinegamma settings to choose from. For Canon DSLRs like the 7D Mark II and the T5i, new curves can be loaded onto the camera as picture styles. The Cinestyle picture style, which was developed by Technicolor, produces footage that mimics the look of raw cinema files from cameras like the Epic and Alexa.

A large loss of detail can happen when highlights or shadows exceed the dynamic range of the camera and become the same color. This is often referred to as the highlights or shadows being crushed. While this can create a distinct look to footage like that of the movie “300,” it is typically avoided in film.

Motion picture film stocks didn’t always have the large dynamic range as they have now, but cinematographers were able to avoid having crushed footage by controlling exposure as well as the environment they shot in. These same techniques can be used today to make the most of your camera's dynamic range.

Proper exposure is key to avoid losing detail in shadows and highlights. Even if you're shooting with a camera that has a large dynamic range, over exposing or under exposing your footage can cause you to lose image detail that can’t be recovered in post. Using histograms and waveform monitors can help you insure your camera is properly exposed.

No Black, No White

For years, objects or clothing that were black or white were avoided in films in part because of the limited dynamic range of early film stocks. By avoiding putting things that are very dark or very light in color in your shots, you can minimize the chances of objects losing detail while also helping build a film look to your footage. You will also be able to light and expose your shots more easily by including fewer objects that might cause extreme shadows or highlights.

Lighting your set or location so it is low contrast or flat will help you get the most out of the dynamic range of your camera. It’s better to add in a little contrast in post, if needed, by making the shadows darker and highlights brighter. If you light flat, you’ll retain the shadow and highlight detail when you add contrast in post. If your lighting is too high in contrast, it will exceed your camera's dynamic range and detail will be lost.

With most cameras that shoot raw video, the footage will already have a low contrast look to it, but that look can be deceiving; you still need to be careful and work within the camera's dynamic range. Video compression often affects highlights and shadows more than it does midtones. Detail can be lost even when you're not exceeding the camera's dynamic range, and your shots are properly exposed. Capturing your footage uncompressed or raw will eliminate detail loss due to compression. While many cameras can’t record uncompressed in camera, there are external recorders that can be attached via HDMI or SDI to record uncompressed.

Learn Where to Hide It

Even if you’re shooting with an Arri Alexa or a RED Epic Dragon that have incredible dynamic ranges, you may still find times when you’ve exceeded the dynamic range of the camera. Often when shooting outdoors in bright sunlight even with the use of Neutral Density filters, fill lighting, light modifiers and calling to the heavens to beg for cloud cover, you just can’t capture all the detail of the shadows and highlights. It then becomes a question of composition and where in the shot you choose to sacrifice a bit of detail.

Before the advent of color film stock, black and white film had a fairly poor dynamic range by modern standards. Cinematographers were often forced to let details in the shadows fade to black. Those compromises became part of the art form of cinematography. In modern film, deep black shadows are often used as a storytelling tool.

When you're forced to leave an overly deep shadow or bright highlight in a shot, work with it. Look at the composition of your shot and decide where that loss of detail can be used to better draw attention to the subject of your shot or, at least, not detract from it. Testing multiple exposures before you shoot can assist in the decision process. Adjusting your framing and camera placement can help as well.

If you shot with a cinema camera in raw, the footage is often very flat and the intensity of the shadows and highlights must be increased to add enough contrast for the images to be visually appealing. Likewise, if you shot using Technicolor's Cinestyle then your footage will need to be corrected in the same way. If you shot your footage flat in HD video (compressed or uncompressed), in addition to increasing contrast, you may also need to alter your color to have that cinematic look. This is because most HD cameras and recorders use the rec.709 color space, which is the standard for HDTV and which maps color differently than XYZ color space which is the standard for digital cinema release. There are plugins for editing software like Magic Bullet to help achieve a film color look. You can also build a look yourself using native effects in your video editing software like RGB curves and levels, or you can use a stand alone color software like DaVinci Resolve.

A great way to avoid camera problems in production is to test your gear before you shoot. You can buy test charts from companies like Gamma and Density to test your camera's performance — including dynamic range — before you shoot. Mimicking the type of lighting you’ll have on your shoot will make your test more relevant. Even cinematographers working on big budget features will perform extensive camera tests looking at aspects of camera performance including dynamic range, color reproduction and detail. They’ll test all the camera bodies and lenses being used to insure that they are performing uniformly.

After the technical tests are completed, some productions will bring in the cast and do on-camera testing for hair, makeup and wardrobe. While this practice isn’t as common anymore, it’s not a bad idea if you're looking to get the most from your equipment and want to try to eliminate as many problems as possible before you shoot.

It’s also a good idea to test your final color correction and effects ideas before shooting. If you’re planning chroma key shots of cast or subjects with blond hair, green screens may not work well as highlights in blond hair often come out green on camera. This can make the keys hard to pull, particularly if the footage has limited dynamic range.

Digital video cameras are limited in the intensity of highlights and shadows that can be reproduced. HDR video expands these limits by one of two methods: either by manipulation of the image with post production effects software or by shooting multiple shots at different exposures that are combined to produce a single frame. The later method of combined multiple shots is preferred as it produces higher quality results.

Early on in HDR video, two shots were taken with two different cameras with rigs similar to those used to shoot in 3D; then the shots were combined in post. Now cameras like the RED Epic and Scarlet shoot HDR video natively. Even an inexpensive DSLR like the Canon T3i can shoot HDR video when used with Magic Lantern’s add-on firmware.

HDR video can greatly expand the dynamic range of a shot, but it can do so to the point where things look unnatural. Close ups of people rarely look normal using this technique as it brings out too much fine detail in their faces. HDR video can be useful for dream sequences or when you want to show an altered reality. When used appropriately, HDR video can be a great addition to your array of production techniques.

Odin Lindblom is an award-winning editor and cinematographer whose work includes commercials, corporate video and film.