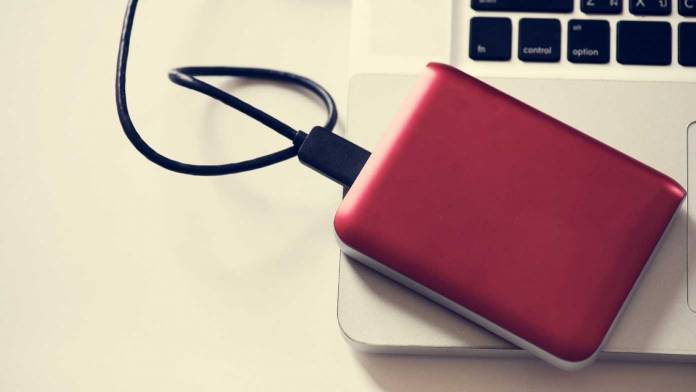 There’s an urban tale that in Ohio in 1895, the state’s only two “horseless carriages” (i.e., cars) managed to collide with each other. The moral of this story is that since Murphy’s law knows no boundaries and makes no distinctions, a business that creates digital assets and must access them from a storage device, can’t take for granted that the hard drive containing the assets will continue to be safe.

Your drives hold a lot: digital video, audio files, completed projects, raw footage and other assets, but a digital file can become corrupted or damaged or lost on a broken or defective hard drive. An unforeseen event can occur that causes physical damage, such as the drive getting wet or suffering from internal heat build-up or a power surge shorting it out. Or, it may just get a hard knock that sends a high speed spinning disc, with all your data, into a tailspin. Losing access to an asset is a fancy way of saying that it’s gone. And no longer having it in storage translates into lost time and money in order to recover it, if that becomes possible. Should a job be looming, a lot worse than time could be lost, as in making a deadline or having to tell a client the kind of bad news that guarantees she or he will be a client no more. And that doesn’t take into account whether payment for the work will have to be returned in part or in whole.

Losing access to an asset is a fancy way of saying that it’s gone and translates into lost time and money in recovery.

All of this could have been avoided by having copies of your digital assets. At the most basic level, making a duplicate of a digital asset provides a second version and can be done in a matter of minutes. But if you have mountains of data to copy, it’s easy to keep putting it off, until Murphy’s law shows you the error of your ways. Instead, let’s delve into what’s needed, and more importantly, how to work out a method for efficiently and dependably copying your digital assets so as to have a backup if the worst case scenario occurs.

There are two methods for going about doing this, with the first being to create the second copy when the original is being saved to either an internal or external hard drive. This method requires creating a RAID. Multiple hard drives, often with the same capacity, are employed (two being the minimum configuration for backup in what is called RAID 1). For example, one of the 2TB hard drives in LaCie’s 2big Thunderbolt series, is mirrored, or duplicated with the second 2TB in the enclosure. This means that, instead of having 4TB of free space to use, there are only two, and the speed of the drive being accessed is not as fast as if they were striped (though that’s RAID 0 and doesn’t provide a backup), since it is actually two drives that are being accessed for every data save. In addition, the hard drives need to be geared for this use, for example, only some of Western Digital’s desktop hard drives are recommended for RAID use, while its WD Red is, due to its higher level of performance and reliability for write-intensive applications. Many pairs of hard drives can be configured for this purpose, depending on the enclosure boxes available for containing the drives.

The fact that all of the hard drives are together in one enclosure means that any kind of “attack” that can happen to one drive (i.e., virus, getting soaked in water, etc.), has the potential to happen to all of them at once. If that were to occur and a drive becomes inoperative, there are a number of limited scenarios to save your data. Should the damage be computer-related, software repair tools can be tried. There are a number of these available and don’t require programming skills. These two are priced around $100 or less; Mac computers have the Alsoft DiskWarrior program (OS X 10.3.9-10.9), which repairs a drive’s structure so that files on it can be accessed again. Avanquest Fix-It Utilities Professional 15 for PC users (Windows 7/8, XP, Vista,) contains optimization features as well as repair procedures for crashes, freezes and system errors. But should a drive fail as a result of physical damage, there is the option of a hard drive data recovery service to acquire the data off the drive. This is a real option should there be no other copies of the content on the drive. The downside is that such services can charge exorbitant fees, depending on urgency and the complexity of the damaged hard drive.

Seagate has its Rescue and Replace service available for up to three years for Seagate drives. Should the drive be damaged, it is sent to Seagate, to be replaced with a new drive that holds the recovered data. The service is affordable, with the cost being in the tens of dollars, not hundreds, and is basically hard drive insurance, with data recovery added.

The second method for copying/saving digital assets requires using a storage media that is physically separated from where the original is located. The simplest method is to connect a hard drive to the computer and copy all of the digital assets to the drive, either through drag and copy or by using a hard drive copy program. These programs can be configured to copy selected files or do whole-disk drive copying, and remove the need for having to monitor “file by file” copying. Examples of such programs are Carbon Copy Cloner for Macs and FolderClone file mirroring utility for PCs. The external hard drive can then be removed from the computer and placed elsewhere until needed again. Because the drive is going to be moved about, having one that is rugged is important. An external hard drive that does both is G-Technology’s G-RAID with Thunderbolt, which features a solid, aluminum design, a thermo-regulated smart fan and is available in storage capacities of 4TB and 8TB.

Optical drives have the advantage of using discs which make for easy storage and retain what has been written on them for many years. These discs can be stored without special considerations, except for extreme weather conditions or being placed under a heavy weight that will result in their being cracked. Blu-ray discs have a higher capacity. Blu-ray read/write drives come in many computer configurations, with both internal and external models also available at affordable prices for both PCs and Macs.

Another option is storing content online. There are services that will do this for a fee, but regardless of cost, the basic process is that digital files are uploaded to a secure server where they are stored as if on a hard drive underneath the computer desk. The advantage is that the content is now safe from any event that could occur at your location, such as a hard drive failure, a fire or other disaster large or small. The disadvantages include the possibility of disaster striking at the server’s location, Internet pirates and trolls invading your privacy and the fact that the time for uploading may be very long and discourage regular backups. The result is that storing to the cloud should be viewed as one of many content-saving methods, and no one solution is a catch-all.

You Can’t Be Too Safe

There are technologies available that will duplicate your digital assets and the means for initiating a copying schedule to keep everything up to date. But there continues to be a fatal flaw — none of this can happen unless you are willing to put in the time and effort to make it happen. Protect your digital assets by ensuring that copies are made and you can laugh at Murphy’s law if/when it occurs. Rely on luck instead, and it will be the law with the last laugh.

RAID stands for “Redundant Array of Independent Discs” and can be configured in a number of different ways. RAID 0 basically treats all the hard drives as if they were one, but as a result there is no protection against drive mishaps or failure, for that RAID 1 is needed, since here the same data is written to a pair of drives. As many “mirrored” drives may be used as can be controlled by the RAID controller. RAID 5 provides speed of writing/data redundancy by using around one third of the free disk space to send parity data to the drives (a small amount of data mathematically representing the original larger amount). It requires a minimum of three hard drives to function and performance can improve since the data is being read from multiple disks.The final option, Just a Bunch of Disks is more of an adjunct to RAID; sending data to the first drive until it is filled to capacity, then the next and then the next.