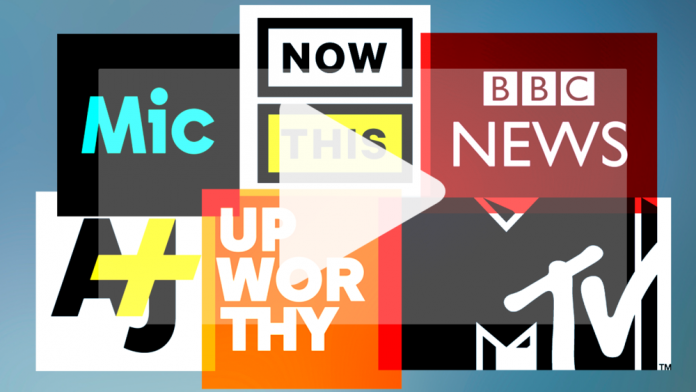 I am a member of Generation X: people born between 1961 – 1981. We came into the world after the Baby Boomers and before the Millennials. Many Baby Boomers blamed MTV for destroying my generation’s attention span. I used to joke that it was the fault of “School House Rock,” “Sesame Street” and cartoons such as “The Rocky and Bullwinkle Show,” which aired short skit pieces for children my age. But in our present day, Digital Content Strategist, Donna Moritz is probably closer when she said on socialmediaexaminer.com, “Short videos suit our busy lives, brief attention spans and the need to consume content easily and quickly. Because fans are consuming content via their mobile devices while they’re on the go, the shorter the content is, the better.”

Whatever the reason, it must be noted, that short form video is all the rage at the moment. Whether it’s Zink with a two-minute Facebook video about a gay voodoo priest in Haiti or Videomeals with a fifteen-second Instagram cooking tutorial on how to make Prawn Deviled Egg Snacks, or the former Vine ‘king,’ Zack King, aka the Final Cut King who uses video trickery to turn juice into jelly beans, people and corporations are making video content that is viewed by many millions daily.

Facebook claims its users watch more than 100 million hours of video on its platform each day. According to independent Fors-Marsh tests, people can recall mobile News Feed content after seeing it for only a quarter of a second. A Facebook/Nielsen study found that up to 47 percent of the value in a video campaign was delivered in the first three seconds, while up to 74 percent of the value was delivered in the first ten.

500 million people watch Facebook videos every day according to business2community.com. Can you visualize 500 million human beings? I’m having trouble.

“While online video has been around for a while, its application for business is only just scratching the surface. Video will be king in 2017, and those that can leverage the content will have an edge over the competition,” says Stephen Higgins, Agency Manager at HubSpot.com.

“While online video has been around for a while, its application for business is only just scratching the surface. Video will be king in 2017, and those that can leverage the content will have an edge over the competition.”

“I’ve spent an embarrassing amount of time watching Tasty videos on Facebook, and I’m not slowing down,” writes Dayna Evans on TheCut.com (March 23, 2016). “They tap into the pleasure center of my brain with their mesmerizing simplicity, lack of fussiness, and quick pace.” Tasty self-describes their video as “snack-sized videos and recipes you’ll want to try.” Evans interviewed Andrew Gauthier, executive producer for BuzzFeed Motion Pictures who produces the Tasty videos. Gauthier told Evans “that the process for what to shoot isn’t especially complicated … Once we’ve arrived at a final recipe, a video can be shot and edited in as little as a day,” Gauthier informed Evans.

A one minute and forty-six second BuzzFeed video titled “6 Fruits You’re Eating Wrong,” which was published on Facebook, Yahoo, AOL, and YouTube, had more than three times the viewership of the finales of “Breaking Bad,” “Modern Family,” and “American Idol” explains Erin Griffith in a May 3, 2015 fortune.com article. Griffith goes on to say, “Unlike a Hollywood studio, which might produce five films a year, BuzzFeed is churning out an average of 50 videos a week.” When Erin Griffith wrote this article two years ago, BuzzFeed Motion Pictures had just built a new 20,000 square-foot studio with 20 different sets and was quickly adding to its 200-person team.

Then Mark Zuckerberg Said, “Let There Be No Sound.” Perhaps it’s Facebook who is capitalizing on this popular trend the best. While I was writing this article, this add appeared on my Facebook News Feed: Make the most of every second. Grab attention with short form video. Build your brand with Facebook. [note: screenshot available]

This phenomenon is changing the way advertisers and other video producers are creating their content. Ads are made to be understood without dialog, voice-over or any soundtrack whatsoever as Facebook, one of the largest providers of online video, autoplays clips with audio disabled. As much as eighty-five percent of video views happen with the sound off according to DigiDay.com. Text and/or captions narrating what’s being shown on screen is increasingly commonplace.

Facebook has the most social media users in the world. More than Weibo in China and YouTube in the USA combined, two of Facebook’s main competitors.

“People said, ‘Focus on YouTube because they monetize,’ but the reach was more important to me,” Laura Clery, a performer who hosts a weekly cooking show on Facebook Live, told The New York Times about Facebook. “I figured the money would come, and it has,” writes Pui-Wing Tam in an article titled “Daily Report: Facebook Takes Aim at YouTube’s Video Dominance.”

More and more, there is an argument that all you need could be found on Facebook.

Facebook is the 2 billion pound gorilla in the room. There are people who actually think Facebook is the internet. They don’t use the ‘World Wide Web’ for anything other than surfing and commenting on the Mark Zuckerberg created social networking service. More and more, there is an argument that all you need could be found on Facebook. There are organizations such as UNILAD and LADbible who lead in viral video distribution on YouTube, but I was more interested in organizations who create video. Let’s look at some of Facebook’s big short-form video producers.

“MTV announced it was trashing MTV News” hub of political and cultural reporting and “shifting resources into short-form video content more in line with young people’s media consumption habits” reported Bryan Curtis, Editor-at-Large of The Ringer on July 3, 2017. Of all organizations, I’m surprised it took MTV so long.

The BBC, a.k.a. the British Broadcasting Corporation is the world's oldest national broadcasting organization and by far the largest news outlet on Facebook according to fanpagelist.com. News videos on Facebook are notorious for being biased. The BBC is about as middle of the road as a news organization can get, though some will claim it leans left.

How To and DIY

Lowe's has an entire Tumblr account dedicated to quick home improvements. Sure, the videos will help you better clean and repair your gutters, but they’ll also suggest you buy screwdrivers, hammers, and other products available at their store. Smart; the drive to acquire and hold customer loyalty has lead to helpful video instead of just passive advertisements.

Here are some of the big players posting technology video on Facebook:

Can we live without knowing about Elizabeth Hurley watering her lawn in a bathing suit or Real Housewives of Orange County's Shannon Beador Addressing Weight Gain Ahead of the Season 12 Premiere? Well maybe some of us can, but Facebook is awash with celebrity video.

Here are some of the entertainment vid producers:

Facebook video can be tricky for corporations investing in the production of video for social media. One pitfall for these investors centers around the fact that they have less control over the distribution and their audience on these social media platforms. For example, Facebook recently changed their algorithm to favor video posts above photo and text-only posts. Great for people wanting to promote through video but what happens when Facebook decides to yet again change their algorithm?

But most of us aren’t the CEO of BuzzFeed or TMZ. We are independent video producers editing in our living rooms. So what does this mean for all of us? People magazine or Lowe’s might not be searching for our phone number to ask us to shoot and edit video for their daily social media video needs, but it doesn’t mean we can’t ride the wave.

Just about everyone – and I do mean everyone – needs video to help them promote in this day and age, from your cousin’s new rock band to the restaurant which just opened down the street. If you don’t have a video showcasing your “wears,” do you really exist? I have shot twelve music videos, seven restaurant videos, five videos for hotels and B&Bs and numerous travel destination videos. And they all live on Facebook, YouTube, Instagram, Google Plus, Vimeo and/or LinkedIn. My view count on all of these videos rise each month. Produce and post it (and learn a bit of SEO: Search engine optimization) and the viewers will come.

What I love about the popularity of short-form video on social media is that it’s… short-form. Though writing a compelling short video script has it’s challenges, shooting and editing a two minute video is much easier than producing a feature film. And distribution is just a click away.

Active Users on Social Media Platforms which Host Video in Millions (as of April 2017 according to statista.com unless otherwise noted)