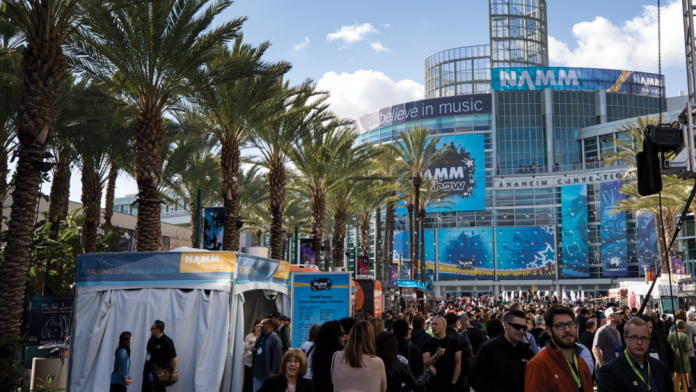 If you wanted to attend the 2017 NAMM show in Anaheim, California but couldn’t, you’re in luck! We’re going to tell you what was there and talk about what we saw for the video production world. NAMM, or the National Association of Music Merchants, is unlike the other conventions we attend — its loud! Sure CES can be crazy and NAB is a video producer’s paradise, but NAMM has a very different vibe. It’s a cross between NAB and Comic Con. Throughout the convention center, you can hear drums, electric guitars, DJ’s and a ton of band instruments being played at their loudest volumes.

NAMM, or the National Association of Music Merchants, is unlike the other conventions we attend — its loud!

Many manufacturers also sponsor big name artists to do signings at their booths. It’s not strange to see a line of attendees waiting to see their music heroes. While walking the show floor, we saw the the current members of Skid Row, the Comedian Sinbad and Dave Mustaine from Megadeth. It was hard to not get wrapped up in all of the live performances, but we waded through everything music to find you the best video production related gear of the show.

We started out at the Zoom booth, where they showed us one of their newest products — the F Control. The F Control interfaces with their F8 and F4 recorders to give you faders and knobs for analog control. For $350, the F Control gives those who like to touch and feel an expansion of usability for the F8 and F4 recorders. They next showed us the Zoom Q2n. It isn't new, but is really neat and costs just $160. It’s a very simple camera and audio recorder for filming anything from performances to vlogs. It's equipped with an XY stereo mic and shoots up to 1080p video onto SD card.

Another product we felt was worth a deeper look is the Tascam Track Factory. If recording multitrack audio is part of your workflow in cases of scoring or production music in general, then the Track Factory is just down your alley. It's a stand alone computer that has been optimized for audio production. Simplified, its a mini-computer with a 2×2 USB Audio Interface with SONAR, 8GB RAM, 256GB Solid State Drive and 2.7 GHz Intel Core i5-5250U.

We next met with Other World Computing (OWC), where we learned about two products that offer solutions to the new MacBook Pro’s Type C only connectors. The OWC Thunderbolt 3 Dock gives all of the ins and outs that you might need for your workflow, without having to jump into the expensive world of Thunderbolt 3 or Type 3 of any kind. At $300, it will save you the need for different adapters for your accessories. It connects up to two 4K displays, will connect and charge up to six USB devices, has FireWire and Ethernet connection and an SD card reader. Another MacBook Pro associated product was the OWC DEC. It attaches to the bottom of the computer giving upgradable storage. The new MacBook Pro is not upgradable, and is expensive for larger than base model storage (256GB+). The DEC gives you the ability to have up to 4TB of additional Flash/SSD storage, an SD Card Slot, USB 3 Type A Ports, Gigabit Ethernet and other features to be announced at a later date. OWC says it will be more affordable than purchasing the additional storage when building the computer but doesn't have a release price at this time.

We next dived head first into microphones. NAMM has a wide array of mic companies offering products priced in the tens of thousands of dollars down to under $100. We started out speaking to MXL and asked them what their ideal voice-over mic was. They presented us with the MXL CR89. They tout its low noise circuitry with a very low proximity effect, making it ideal for voice-over recording. At $350 it's not cheap, but far from expensive in the audio world.

Lewitt is a company that might not be on your radar. They presented us two very interesting mics. The first was the Interviewer, an analog dynamic mic with an omni polar pattern that costs $200. It’s a bit longer than an Shure SM58 and has a finish that makes it easier to grip. Because of its omni pattern, it lends itself to easier run and gun interview shooting. The second mic they showed us is a dual large diaphragm condenser that costs $900. It’s polar pattern can be changed after recording for more or less directionality. It also gives you the ability to remove or increase a room’s reflections. 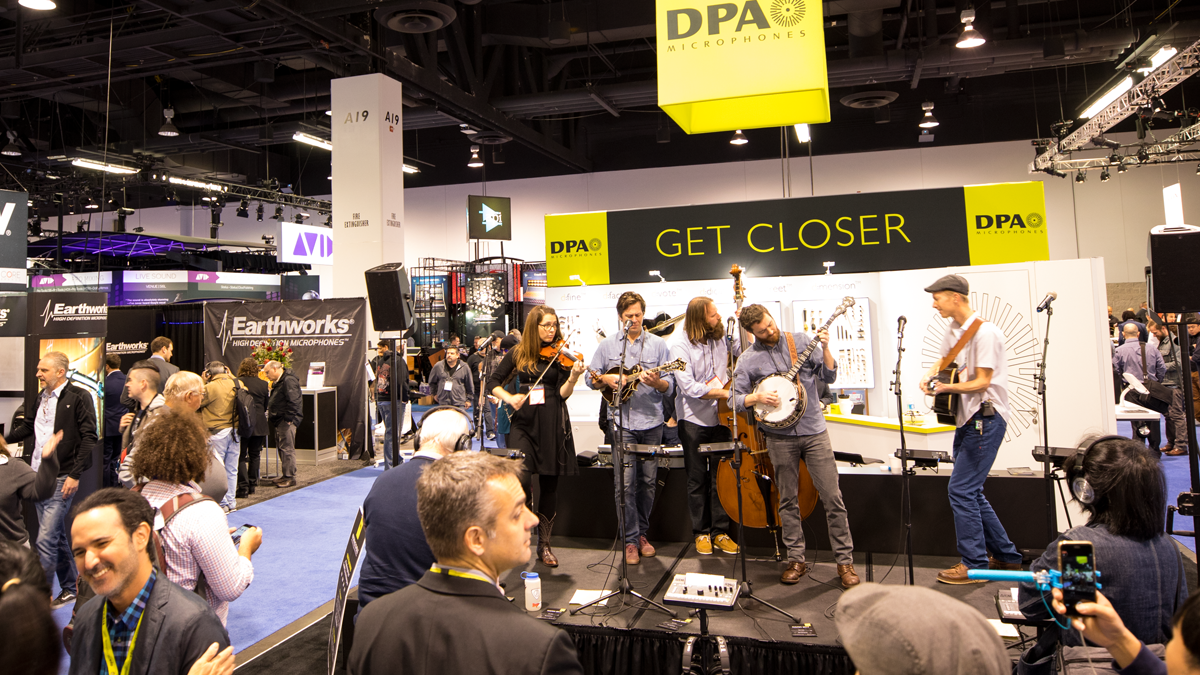