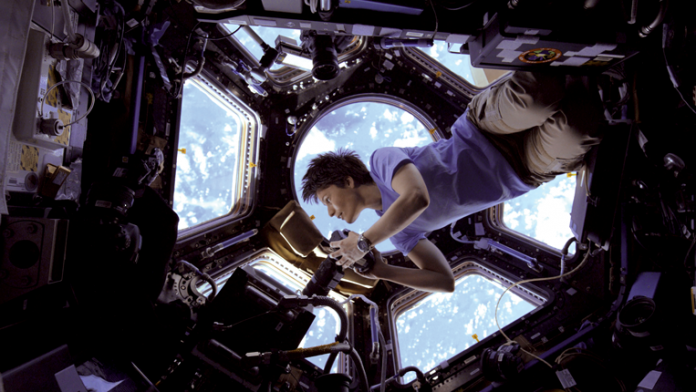 NASA and IMAX have teamed up again to bring a stunning visual experience to the IMAX screen. Using 4K cameras in space for the first time ever, astronauts and filmmakers have put together a portrait of Earth as seen from the International Space Station. Videomaker got the chance to sit down with the film’s Director of Photography, James Neihouse, Canon’s technical adviser Tim Smith and Marsha Ivins, key consultant and former NASA astronaut.

VM:Tim and James, you have been working together with IMAX and Canon for a long time. Share with us a little on how this style of filmmaking has changed since you first started working together in 2010.

Tim: Back when we made Hubble in 2010, you had to take footage that was only 25 megabits, 1080, 4:2:0 and 8 bits of color and blow it up to the IMAX frame, and in that case the footage was mainly transferred to film for film projection, which was a lot more difficult; there was a lot more math involved back then.

VM: So shooting in Digital has made the post-production workflow easier?

James: Yes, it was a lot more post processing to make it acceptable then, too. There were limits as well. We pulled our hair out then trying to get the settings right on those cameras. And with digital now we can get so much more than if we were limited to film. (Laughter) I can't believe those words just came out of my mouth.

VM: Are you completely devoted to using digital now?

James: Well, with film we wouldn't have been able to get all of the night scenes we did, we wouldn't have gotten the aurora, we wouldn't have gotten a third of the movie without the Canon sensors and the low light capability. I think there is one shot in the movie actually where it still looks a little bit noisy, but we were shooting at 10,000- 12,000 ISO and we're able to recover those images and get rid of some of the noise while maintaining the sharpness. So with digital, we can get all that and still put up it up on the 60 x 80 foot screen and have it look great. As much as I like film, I have to say hats off to the Canon sensors; they are amazing.

VM: James, you were in charge of training all of the astronauts to use the cameras, how in-depth did you get before they ascended? Was it a briefing or did you go into detail for camera operation such as shooting in low light, using extended shutter settings, ect.?

James: We do all of that. We train them on what we think exposures are going to be for dark skies or an aurora borealis, we teach them to always shoot wide open, not to go above this ISO, here's the shutter speed you may be looking at for that shot or that thing ect. Then there's a lot of IMAX brand training as well — how to frame, how long of shots to shoot and that sort of thing.

VM: Did you have any contact when they were up there or did you need to have them fully prepared before take off?

“Occasionally your cell phone shows up the with caller ID of the space station on it and they would be asking about ‘hey should we shoot this shot, or what exposure do you think we should use?… …Sometimes they called just to chat (laughter).”

James: We had the ability to speak with them through the NASA channels, through some email contact and they could actually call us from space if they so desired. Occasionally your cell phone shows up the with caller ID of the space station on it, and they would be asking about “hey should we shoot this shot?” or “what exposure do you think we should use?” or “are you interested in this or that sort of thing?” Sometimes they called just to chat, (laughter) not too often though.

Over the years Tim Smith and the team at Canon have worked with NASA and IMAX to capture the highest-quality images possible for audiences around the globe. Tim has been on-hand to troubleshoot the entire process and provide the best equipment possible for shooting in space. Now, he’s helped bring 4K quality images back down from the ISS for the very first time.

VM: Getting to the more technical side of the production, what cameras and lenses did you choose to take up this time and how did you record and store your footage?

James: We flew the C500 with the PL mount, and that camera had the canon 15.5-47mm compact zoom and we also flew an Arri 12mm master prime (T1.3). We were originally thinking we would use that out the window at night a lot, but we ended up using the [Canon] 1DC and for that camera we had a 24mm prime and a 14mm prime. We also flew a Nikon adapter up that let us use the Nikon lenses that were already on board, and they used that for a couple shots. We recorded out of the C500 with a Codex Onboard S Plus Recorder onto solid state SSD drives, which we intended to fly back on the SpaceX Dragon, rather than trying to download it on the downlink. 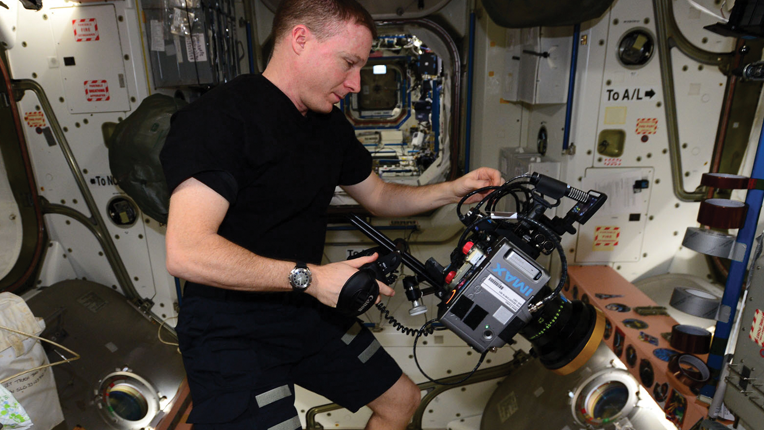