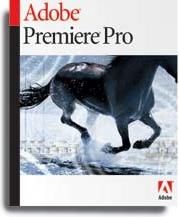 Adobe has slated an August ship date for Premiere Pro, a major upgrade of Premiere 6.5. New features include improved transition handling, with transitions placed on top of overlapping clips within the same track rather than between clips in A/B-roll tracks. Any video track can contain transitions and they can be nested by layering them vertically. A more traditional A/B-roll array is still available for tweaking and modifying transitions. Premiere Pro also nests timelines within other timelines and different parts of the same project can each have their own timelines. Output is scaleable all the way to full-motion, full-frame real-time DV out on dual 3GHz systems. Each parameter of every effect is now independently keyframeable. The new Premiere will come with a 5.1 Dolby Digital encoder and will output MPEG-2 files directly into Adobe Encore DVD’s timeline.


Premiere Pro will be available for $699. Users of previous versions of Premiere can upgrade for $199.

Adobe plans to ship After Effects 6.0 in the third quarter, with versions for Windows 2000/XP and Mac OS X 10.2.4 and higher. The new version uses Photoshop’s painting and warping engine. Premiere Pro projects can be imported as compositions, carrying over transitions, motion controls and cropping. Premiere projects that include nested timelines will become nested compositions in After Effects. Additionally, AE 6.0 will natively accept footage from Panasonic 24p camcorders. InDesign’s vector-based text tool augments After Effects titling abilities and can create automatic matte outlines from text or the whole work area. Finally, preview performance has been improved significantly on systems with professional OpenGL graphics cards.

MacroSystem US has announced the Avio DVD, a new version of the Avio standalone editor with a 40GB non-removable hard drive that can store 2.4 hours of DV video, and an available DVD-R burner. The box has S-Video and composite video inputs and outputs, as well as a FireWire interface. The Avio comes with a Logitech trackball and utilizes a storyboard user interface.