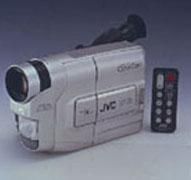 Logging in the Palm of Your Hand

Have you ever wanted to automatically log your video shots into your computer while you are shooting in the field? Perhaps the 20-pound computer tower, the 21-inch monitor, and the lack of a 5,000-foot extension cord kept your computerized logging dreams at bay. Now, Eidria, Inc. has introduced e-trim, a tape logging system that works with a PalmPilot handheld personal data assistant.

The e-trim software uses the portability of the PalmPilot, in conjunction with the edit control capabilities of your camcorder, in an attempt make your tape logging system a paperless dream instead of a spiral notebook nightmare. The software, once loaded onto your PalmPilot, PalmIII or IBM Workpad, uses either RS-422, LTC or LANC protocols to communicate with your camcorder.

After you shoot and log your shots, you can use the HotSynch function of the PalmPilot to transfer the log to your Windows or Macintosh desktop computer. The software allows you to use the Avid Log Exchange Format (ALE), the Discreet Logic Edit Log Files Format, the ImMIX VideoCube/ScitexDV Sphere Log Format or the Media100 Log Format. If you prefer to keep your information in an edit decision list, you can transfer the log in either CMX 340 EDL or GVG EDL formats.

In addition to the software, the $595 package includes two cables (one for RS-422 and one for LANC), an LTC adapter, LogWriter software for Mac and Win 95/98/NT and a protocol converter pod that allows the camcorder to communicate with the PalmPilot.

Streaming video heavyweight RealNetworks had an up-and-down year. Now, they’re riding high on the heels of the release of a new streaming media product and a number of distribution deals they signed last fall.


For people in search of a low cost Mini DV camcorder, JVC recently introduced a pair of Mini DV marvels that are both several hundred dollars cheaper than their closest competitors. The catch is there are no IEEE 1394 (FireWire) jacks on either one. This makes digital editing or digital reproduction impossible, but all the other features DV camcorders are famous for–compact size and stellar image quality in particular–remain intact.

A nice feature targeted at beginning videographers is the built-in video light. This makes the standard "I’m new to video, here’s a muddy-looking indoor shot without any additional lighting" less likely to happen with this entry-level DV camcorder. The camcorder doesn’t have a FireWire port, LCD monitor, external mike input or headphone jack, but for the suggested retail price of just over $1,000, it’s the first Mini DV camcorder at a Hi8 price level.

JVC also introduced the GR-DVF10, which is almost identical to the GR-DVA1, except the F10 additionally features a 2.5-inch flip-out LCD monitor. The JVC GR-DVF10 has a suggested retail price of $1,200. Both of these camcorders are available now, just in time for the holiday gift-giving season.