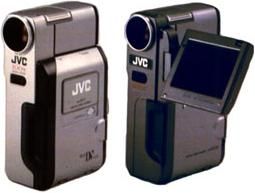 Vitec Multimedia Inc. has announced
their MPEG-Cut Machine. What could only be created by high-end production
gurus with screaming state of the art gigadrives a few short years ago,
now might be experienced by home video and multimedia producers. Vitec Multimedia
maintains that any user equipped with a PC, recordable CD-ROM drive and
MPEG-Cut Machine[R] can easily create his or her own VIDEO CD (recording
video on a recordable CD-ROM following the VIDEO-CD 2.0 format). According
to the manufacturer, video can be stored and be played back on several types
of digital video players, including DVD and CD-ROM.

The MPEG-Cut Machine utilizes a video capture card called the RT5 [R] that
records MPEG-1 format video onto the hard disk in real time from any source,
such as a video recorder or camcorder. Video is compressed using the international
MPEG-1 standard and the RT5 [R] capture card. According to Vitec this provides
for VHS quality when decoded with any MPEG decompression software. Up to
one hour of full-screen video can be captured real time on CD-ROM and because
the MPEG editing software can open any MPEG-1 sequence, edit it, and generate
a new MPEG-1 sequence. This means that nonlinear editing from clips stored
on a CD-ROM becomes a reality with no need to recompress for editing at
a later date. Video distribution becomes very inexpensive. Information supplied
to us by Vitec states that, "VIDEO CD is a CD-ROM which can be replayed
(using CDI, VIDEO CD, game consoles or DVD players) and watched on a TV
or on a computer with a CD-ROM drive. "

JVC has developed something they call Super VHS ET(Expansion Technology)
which makes it possible to record S-VHS quality on standard VHS tapes. The
new Super VHS ET feature will be incorporated into JVC’s S-VHS decks within
the next few months and will allow users to realize over 400 lines of resolution
on most widely used VHS tapes. The standard VHS tape typically allowed for
only 230 lines of resolution. Users of S-VHS decks would have to use expensive
tapes to record the higher resolution S-VHS signal. According to JVC, the
Super VHS Expansion Technology is designed to give S-VHS benefits to a growing
number of consumers who want higher quality pictures on standard VHS formats.

JVC has also announced the release of two new low-cost DV camcorders: the
GR-DV3 and GR-DV5.
The GR-DV3 features the same streamlined, lightweight design as its predecessor,
the GR-DV1. The camcorder houses a 10x optical zoom lens with the addition
of a 100x digital zoom that employs a digital image stabilizer that
eliminates shaky camera shots. Other features include a triangle stereo
microphone (with three pick-ups) and digital PCM stereo audio with
a choice of two recording modes: 2-channel (16 bit linear) or 4-channel
(12 bit non-linear). The GR-DV3 also boasts such standards as auto/manual
controls over focus and exposure and numerous digital effects.

The GR-DV3 is FireWire equipped allowing for direct digital-to-digital transfers
of DV signals to other equipment with DV input terminals. Pricing on this
item is competitive, look for it to list at about $1600.

The GR-DV5 offers many of the same features as the GR-DV3 and then some.
Additional features include a full range of playback and editing functions.
The LCD color monitor can be used for both shooting and reviewing footage
on the spot. By using the remote control, which comes equipped with the
camera, the user has access to many playback functions such as digital special
effects and a 10x digital zoom. This feature enables the operator to enlarge
a selected portion of the screen image. The GR-DV5 also offers a snapshot
feature that allows the user to shoot single frame snapshots during playback.
Editing capabilities are available with the Random Assemble Edit feature
that which allows for up to eight programmable scenes at a time for automatic
dubbing to a VCR. The GR-DV5 carries a price tag in the range of $1800.

For more information about Super VHS ET and these camcorders, visit the
JVC web site at www.jvc.com.