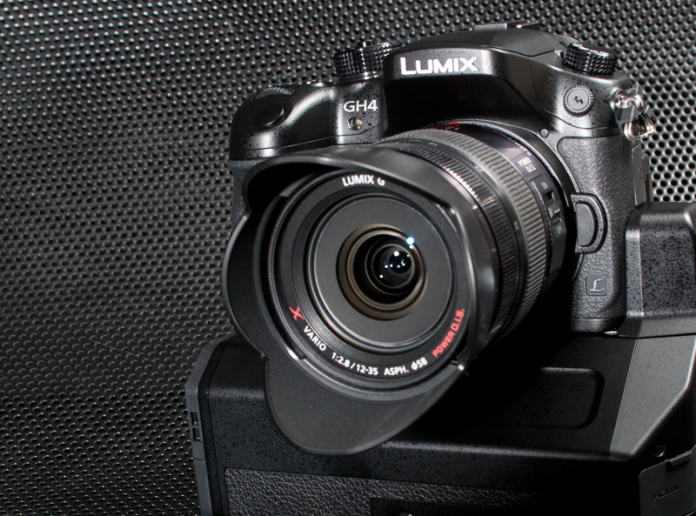 Videomaker loves being the lucky one to get one of the first chances to test the Panasonic DMC-GH4 DSLR in our Chico, Calif. studio. At $1,700, the GH4 is the most capable small 4K camera we’ve yet to shoot with. Some nice touches that really make shooting faster are the tilting OLED display, light meter, and zebra patterns. Our test included a LUMIX G X Vario 12-35mm Micro Four Thirds lens, which kept our test setup compact. Although the camera and lens bring the setup to about $3,000, we felt like it offered quite a value.

The GH4 feels like an excellent movie making machine. Yes, we found some quirks when trying out the interface unit, and yes, the lens mount is Micro Four Thirds, but the images look great and the shooting experience is very comparable to a DSLR. Navigating the menus is fine, and with time to set up, we’d use the custom buttons to a serious advantage.

When it came to trying the AG-YAGHG interface unit, we weren’t able to test as much as we wanted to. The connection to the bottom of the GH4 is very solid, and it gives the camera a much wider base. It adds excellent audio meters, but needs to be powered separately. Two tricky aspects of the interface unit are managing headphone volume and the display which can’t tilt when assembled with the interface.
Advertisement