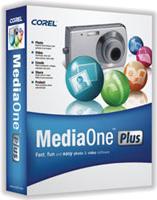 Corel announced the new MediaOne Plus software, touting 50% faster startup and cataloging speed compared to the Snapfire Plus software it replaces. The MediaOne lineup looks to be a step in the right direction from Snapfire, adding more tools and features, including an improved video editing mode. If you don’t feel like paying the $49.95 for the Plus version, which basically adds more templates and the ability to burn to DVD, the MediaOne Starter version is available for free. As far as MediaOne Plus is concerned, we think most video enthusiasts will find more joy using one of the more robust Corel titles. But, for consumers looking to actually do something with all those video clips and photos sitting around on their hard drives, MediaOne Starter’s free download makes perfect sense.

ProDAD released its newest plug-in, Mercalli, for stabilizing shaky video. Mercalli comes in two flavors, Mercalli Light, for working solely in standard definition and Mercalli Expert, which adds HD rendering and more advanced settings and controls. Mercalli Light and Expert work with all versions of Adobe Premiere Pro, all versions of Adobe Premiere Elements (except the most current 4.0 version, which is coming soon), Avid Liquid 7.x and Canopus Edius 4.x. A free demo version, available on the ProDAD Web site, includes a cross-hair watermark that shows you how well the plug-in works. Mercalli Light and Mercalli Expert are available now for $99 and $119, respectively.

In all the muck of IBC news, Adobe’s release of additional support for Panasonic P2 media slipped through rather quietly. But it’s a rather notable addition for Premiere, as it adds native support for P2 file handling. This means you can edit P2 video without additional rendering and send your video back out to P2 cards. Most editors who will really take advantage of these features will be the type working under tight deadlines or, of course, working a P2-centric workflow. This update is free to current Premiere Pro CS3 users and available now. 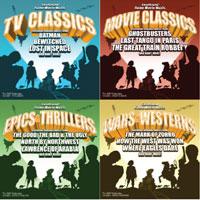 SmartSound has launched a set of new libraries featuring tracks from EMI’s film and TV catalog. This is good, really good. Many of us at one time or another have probably ripped-off a track or two from a popular TV show or film for use in our home videos. Shame on you for stealing. I know the guilt has kept you up at night. But now we can do this legally, thanks to SmartSound and EMI. More importantly, though, you can use SmartSound’s SonicFire Pro application (as well as some of its other SmartSound-enabled applications) to time and arrange these popular scores to fit the needs of your video. Licensing is unlimited for home use only. Now you can really spice up the Halloween ’07 family video you shot with the Ghostbusters theme and sleep soundly knowing you’ve paid your dues to EMI. Home video enthusiasts can expect loads of good times with EMI TV Classics, EMI Wars & Westerns, EMI Epics & Thrillers and EMI Movie Classics. Each can be bought from SmartSound directly for $39.95, or you can get the whole lot (4 discs) for $99.