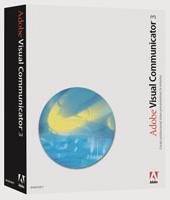 Visual Communicator 3 will benefit video bloggers, producers of closed circuit broadcasts (e.g., school broadcasts) and video professionals who need a quick-and-dirty way to mix live video for the web. Its interface looks easy enough for beginners, and more advanced users can quickly create professional-looking webcasts with little effort. Visual Communicator 3 can mix up to three live camcorders, key backgrounds, superimpose animated graphics and cue video and audio on the fly, and it does so in synchronization with your dialog/script, much like a teleprompter. That’s a lot of heavy lifting for such a simple-looking software package. It doesn’t stop here, however, as Visual Communicator 3 exports in a variety of formats, most notably Adobe Flash for live video Internet broadcasting. Of course, you’ll need a relatively expensive Flash server to stream live video, but at least it’s a possibility. For the majority of us, we’ll just take the Flash file at the end of the “broadcast” and host it somewhere else. Keep an eye out for our review, and in the meantime you can download a preview of the software from Adobe Labs. Visual Communicator 3 will be available in the Fall for $399 or upgrade for $149. Qualifying educators can purchase VC 3 for $169. 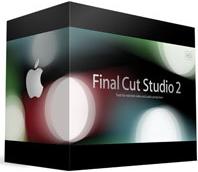 Apple Computer has released a Final Cut Studio 2.0.1 update to include fixes, more hardware support and AVCHD log and transfer support. Early reports from the blogosphere, including professional video editors, have noted that the first shipping version Final Cut Studio 2 had a few issues. Most notably, stability issues with the new Apple Color application, which this update should help to improve.
We’re mostly excited, however, with the inclusion of AVCHD log and transfer support, which will give users more options with camcorder choices. We’re pleased to see Apple responding to their users and posting this update. Make sure to read our review in this issue.

Movavi released its in-browser video file converter for anyone with an Internet connection who is trying to convert video formats. It requires three steps: browse to your file on your computer, select an output format and enter your email address. After you’ve uploaded your video to Movavi, they will notify you via email to go download the converted files. Sounds simple enough, and our tests proved to be just as simple. Movavi Online will output to a variety of mobile device-friendly formats, Flash Video (flv), MPEG-2 DVD video and more. Visit Movavi Online to find out more at http://online.movavi.com