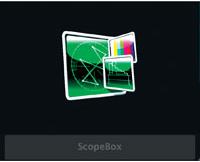 For the first time ever, Adobe’s Production Studio bundle, which includes Premiere Pro, After Effects, and Photoshop among other titles, is available to Intel based Mac computers. Previously, only After Effects and Photoshop were available on current Mac platforms over the last several years. While there were no hard numbers to report, Adobe suspects higher overall performance in video editing by mixing a very powerful and integrated software package with the stability and robust hardware performance of a Mac computer. We suspect the same and we also suspect Apple may need to respond appropriately to their competition. Although, there’s nothing to report on the Apple front in terms of Final Cut Studio, we’re anticipating better editing tools for all of us, no matter what bundle you choose. 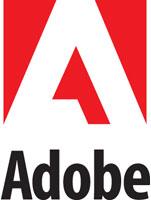 Red Giant released a new color correction tool called Magic Bullet Colorista ($199). It’s a plug-in that works with most common hosts (i.e., Final Cut Pro, Motion, AE, Premiere Pro and Avid AVX). Red Giant has spent 18 months developing this new tool, which allows you to take greater control of color balance with lift, gamma, gain color wheels, saturation, and exposure to name a few controls. There’s also imporved real-time playback for SD and HD video, allowing editors to correct or stylize their footage without having to render. Colorista works the same in all host applications, so you can learn it oonce and use it everywhere. A 15-minute tutorial covers basic color correction techniques and how to use Colorista.

Among all the announcements at the Consumer Electronics Show in Las Vegas this year, Sony made bold move to introduce an extended color space which Sony has coined xvColor. Based on an international standard, xvColor is better known in the industry as xvYCC, a color space that represents many more colors found in the natural world. The xvColor space is part of the HDMI 1.3 specification (approved on June 22, 2006) and is compatible with all HDTVs and devices supporting HDMI 1.3. We’re looking forward to seeing the first consumer high definition camcorder utilizing this color space. We’ll let you know when there’s one available.