Matrox launched two new breakout boxes ("BOBs") for event videographers, educational facilities, and filmmakers alike. Its new Axio-based RT.X2 makes for a realtime environment for editing native HDV and DV on the PC. The professional RT.X2 includes Matrox’s own MPEG-2 4:2:2 codec for capturing video, and is bundled with Adobe Premiere Pro. Capture HDV 1080i, DV, DVCAM, and DVCPRO formats, along with SD and HD MPEG-2. The new portable Matrox MXO boasts realtime playback without interlace artifacts for the Mac. This gives production monitor functionality to a standard monitor.

Already have a Matrox board? Return it for $200 off the RT.X2. They’ll take yours whether it works or not. 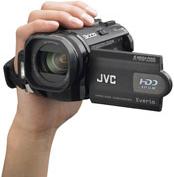 Tapco used NAB2006 to release its Mix Series of budget audio mixers to the States. Simple, compact design drives costs down while pro-class preamps keep our interest up. All Mix Series models feature a metal chassis and a Kensington security lock. Look for them alongside your favorite Mackie products, which are being distributed together. Tapco has been making audio equipment since the late sixties

Get Three for Four

Canopus Edius Pro 4 software has very quickly replaced version 3, as it was announced at NAB 2006. If you just plunked down $500, don’t go jumping from a bridge just yet–Canopus is offering you a chute. Edius Pro 3 owners can upgrade for free, granted they bought Pro 3 after April 1, 2006. They’re not foolin’. Expect to find multicam editing, sequence nesting and better color correction tools in Canopus Edius Pro 4.

Music to Our Eyes 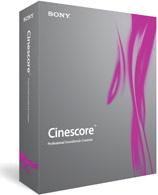 The GY-HD200U and GY-HD250U carry on a compact shoulder-mounted design similar to the GY-HD100U. Both new models boast true 60p and 24p HDV recording using 3 CCDs. JVC says the new 60p feature is designed for high-quality news-gathering and enhanced slow-motion shooting. The HD200U can be accessorized with a JVC-branded PL mount adapter for using 16mm movie lenses. The HD250U has been outfitted for the studio by including HD-SDI and BNC connectivity. Both new cameras may use the Focus Enhancements DR-HD100U recorder for up to seven hours of HD recording time.

On the consumer side, JVC’s new Everio 30GB hard drive camcorder has also just been released. This 3 CCD camcorder shoots native 16:9 widescreen images with higher-than-average resolution. Top it off with a headphone jack and accessory shoe, and you’re ready to roll. And you’ll never need to worry about forgetting tape, either.

Known for its customizable keyboards for video editing, Bella has dropped a bombshell: the Catapult. No, it’s not a keyboard with an "cockpit eject" button on it, but you may jump out of your seat anyway. The PDA-sized device will to add direct-to-disk recording functionality to any USB 2.0 drive. By year’s end, you may be recording HDV and DV to your 60GB iPod or terabyte drive. Using its built-in rechargeable battery and FireWire port, the Catapult adds pre-roll, time lapse, and remote trigger features currently available to the direct-to-disk market. The Catapult is Windows and Mac compatible.

NewTek SpeedEDIT allows for video editing of your favorite movie formats including AVI, MOV, and MPEG-2. SpeedEDIT claims support for all frame rates and resolutions, all working together on the same timeline. Timeline and Storyboard are connected for faster edits. Color correction tools work in real time, and SpeedEDIT features more flexibility on new dual-core and multiple CPU machines.