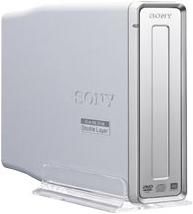 Premiere Pro 1.5 adds a new Project Manager, which allows for the collection of files associated with a particular project. This provides the ability to preview files and conformed audio files, exclude unused clips, and give the resulting media files names that match the clip names in the project. Other new features include new audio filters and a sample level adjustment tool, bezier keyframe support for creating smoother motion paths, advanced 3D effects, automatic color adjustments and HD support.

Audition 1.5 includes ReWire and VST support for use with third-party applications and plug-ins. Other features include enhanced support for video (including support for AVI, MPEG, DV and WMV files), frequency-space editing to isolate sounds within the spectral view, pitch correction, click and pop elimination, extraction of vocals or instruments and built-in CD burning.

Sony Announces First Dual-Layer DVD+R Burners
Sony has announced that its first two Dual-Layer DVD+R burners will be available at the end of the second quarter. The DRU-700A ATAPI drive and the DRX-700UL FireWire/USB 2.0 drive will be able to burn DVD+R DL discs at 2.4X, and both single-layer DVD-R and DVD+R discs at 8X. Both DVD-RW and DVD+RW rewriteable disc formats can burn at 4X. The drives also burn CD-Rs at 40X and CD-RWs at 24X. Both drives will include a 2MB buffer. The drive comes bundled with Ahead Softwares Nero Burning ROM 6 SE suite. The DRU-700A will carry an MSRP of $230, and the DRX-700UL will be priced at $330.