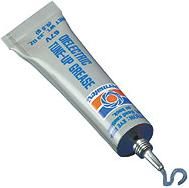 
It is not uncommon to have a stubborn RCA plug that is difficult to remove from a jack panel. The temptation is to remove the plug with brute force, but that could damage the cable and/or the jack. The situation is made worse due to the inaccessibility of equipment rear panels where most jacks are located. As a preventative remedy, try applying a small dab of dielectric grease on the jack’s outer collar with the cable disconnected. Wipe off any excess grease and be sure to keep grease from getting into the socket or on the male plug tip. By working the plug in and out of the jack a few times, the connection should require less effort. Small tubes of dielectric grease are available at your local automotive supply store.


For thirty years my background has been in electronics. I am now focusing on video editing. You probably know that one of the most important requirements for video editing on a computer is a high speed hard drive with multi gigabytes of storage space. Nearly everyone looks to the 12 to 20 gigabyte 3.5-inch drives with high speed access and rotation.

The requirement for video editing is for sustained data reads and writes, and this may be accomplished by using a 5-inch disk drive such as the Quantum Bigfoot series.

Since there is room for more data on a 5-inch drive fewer seeks are necessary in sustained reads or writes for a specific amount of data. This drive, rotating at 3,600 rpm (compared to 4,500 for a 3.5-inch drive), can be as much as 50% faster than the smaller drive. The cost of a Bigfoot is also very reasonable. This drive can sustain a continuous data rate transfer of 13 Megabytes per second. You can increase the speed further by partitioning the drive and using the outside tracks for sustained video.

Hope this will save some readers money on drive space, so they can spend it on other upgrades and video devices.


Sometimes in viewing a tape the thought might occur, "I should have used a fade-out on that scene". There is an easy solution to this if your camera has an overlap or dissolve transition feature. Put the camera in playback mode and cue the tape up to the point that you want your fade-out. Now put the camera in record mode and cue the transition with the lens capped, then press record. The camera will dissolve the scene to black because of the capped lens. Just be sure that the mike doesn’t pick up unwanted noise.


I recently bought a camcorder for a project I was doing for film school. I remember back when camcorders came with more than a box and wires: they came with a hard case. Along with my camcorder purchase I reluctantly bought a soft "bag" for $35. A few days later I went to a home improvement store. I found an excellent aluminum hard case (which has customizable foam inside) for 25 bucks. This case also has inserts to section off parts for wires, charger, batteries and so on. The case looks sharp and professional. It certainly protects my new camcorder from dust, moisture, etc. It looks like it cost way more than $25. It pays to have hard cases for your equipment and for 25 bucks you simply can’t beat it.


I’ve been shooting weddings for several years now and I use two cameras. I lock down one camcorder focused where the bride and groom will stand. I shoot with the other camera from any allowed vantage point in the room.

In order to synchronize both tapes during post-production, I roll both tapes before the ceremony begins, aim the mobile camera at a spot seen by the stationary camera, then fire off a flash from my 35mm still camera. If you look at videotape that’s recorded a flash, you see that the flash wipes out everything in the frame.

I search for the "all white" frame on each tape, and then zero out the counters on my editing controller. Now both tapes are in sync. This is much easier than trying to find the same frame of a hand movement or footstep.