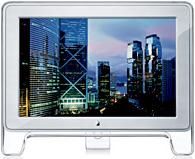 Not Far from the Tree


The AVI Sorcerer’s Apprentice DV is a portable, fully digital multimedia production studio in a box. It integrates the Videonics MXPro-DV video switcher and FireWriter character generator. It has a six-LCD monitor display panel, four-camera live switching, a special effects library, 12-channel audio mixing and a master digital deck for archiving content or B-roll. The wheeled high-impact case is van-transportable (without removing the seats).


Sonic Solutions MyDVD 4 allows you to Edit-on-DVD using OpenDVD technology. This gives you the ability to work with an authored disc’s existing contents and update the project with new content or menus on rewriteable media. This latest version of MyDVD includes support for photo slideshows on DVD or CD, motion menus like those found on Hollywood movies, and a new streamlined user interface.


Music2Hues has added several new CDs to its Flagship Series of royalty-free production music. Among them: Somber Guitar, which features serene acoustic guitar tracks; Groove-a-Holic, which has hip, modern grooves for upbeat, attention-getting projects; Nature, which offers inspiring orchestral arrangements, and Global Pulse, which uses instruments from around the world with provocative themes.


DVD Workshop, Ulead’s latest DVD-authoring software, is targeted at hobbyists and professionals. The software provides precise control of all of the creative elements of a DVD menu as well as 70 theme-based menu templates. It automatically converts video to the MPEG-2 format as it captures.


Lowepro offers five sizes in its latest line of video bags (models TX 100 through TX 500). Among the Tech Collection features: sleek metallic outer material, a padded, zippered main compartment with moveable divider and an accessory pocket. The TX 100, 200 and 300 all come with battery loops.


Meda’s latest desktop storage drives, the RTS disk arrays, are available in a compact five-drive desktop tower with capacities of 160GB, 320GB and 640GB. The arrays feature an Ultra160 SCSI interface that enables the VideoRaid RTS to sustain a data transfer rate of up to 100MB/second and data protection.