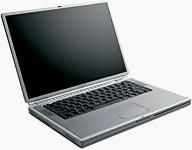 The Power of a Book

The latest release of Apple’s PowerBook G4 comes with processor speeds up to 500MHz and up to 30GB of hard disk space. There’s room for up to 1GB of RAM. Included is a DVD-ROM drive, FireWire and USB ports, PC Card slot, VGA and S-video output. There’s also a microphone input and stereo output. iMovie editing software is included and upgrades to Apple Final Cut Pro are available.

United Media’s Multicam software allows video editors to sync, preview, cut and edit a multi-camera shoot, simulating a live camera switch. With Multicam, you can synchronize up to four independent camera sources and edit between them. Multicam runs on the Matrox RT2500, RT2000 and DigiSuite hardware and works in conjunction with Adobe Premiere editing software.

Addonics Technologies’ multi-format Pocket DigiDrive is a pocket-sized storage device that reads and writes digital audio/video files from seven different memory card formats. With it, you can transfer data to your PC from memory cards used by digital cameras, camcorders, PDAs, MP3 players and more. The DigiDrive has a 1MB per second read/write speed and supports Windows 98SE, Me, 2000, XP, Mac OS 8.6 and higher and Linux kernel 2.4 and higher.

CapSureUSB from iREZ Technologies features S-video and RCA inputs for digitizing video and audio to a computer’s hard drive. It connects via a USB port and captures 30 frames per second at a 320×240 frame-size. CapSureUSB ships with ReelEdit and Video Impressions editing software.

Wildform has released Flix for Mac, a Macintosh application that encodes video into Macromedia’s Flash format. Flix-encoded video can stream to all platforms, browsers and through firewalls. Users can insert links, create video banners and e-mails, and deploy customized media players. A Windows-based version of Flix is also available.

Canopus’ DV Booster Pack is a plug-in that provides high-quality 3D transitions and optimized filters. It is compatible with any system that supports Adobe Premiere 6.0. Users can also output to MPEG-1, MPEG-2 or MPEG-4 video files.

Have you ever wondered how to get the fingerprints off your camcorder’s LCD screen? With Hoodman Corp.’s Hoodwipes, you can safely do the job. The two-step wet/dry cleaning system comes in foil packets, 12 per package. They are nontoxic, anti-static, alcohol- and ammonia-free.