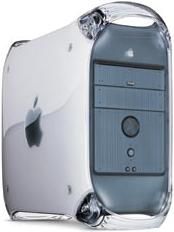 
The Pocket Producer Pro, from Play, Inc., attaches to a 3Com Palm Pilot to provide video logging functions. Pocket Producer Pro allows dual hardware control of cameras, VCRs and camcorders with LANC to LANC or LANC to RS-422. Other features include a time code calculator and a stopwatch. (800) 306-7529
Suggested Retail Price: $495


Painter 6 from Metacreations is the latest version of the popular Natural Media painting software. One new feature is the ability to import a QuickTime movie as a stack and perform onion-skin-style painting directly onto the video. Other features include: text on a curve, pressure and angle sensitivity with digital tablets, Impasto (painting with depth) and more. Available for Windows 95 and MacOS 8 or later. (800) 846-0111


Cult Effects from Cycore, offers 18 new After Effects plug-ins. The 18 plug-in package allows users to create lightning, paint on video, perform optic and magnification corrections and much more. Available for both Mac and PC versions of After Effects. (650) 570-7722


The three piece Skycrane Premiere from Picture This Digital Video Productions, can be configured in five, eight or nine foot lengths. The Skycrane was especially designed to accommodate the Canon XL1 but the manufacturer claims it can be used with any camera up to 10 pounds. (949) 631-6065


Video Finesse, from Synthetic Aperture, turns 2.0 with the addition of two new filters. The Adobe Premiere filter set includes video noise reducer, Gaussian Blur, SA Sharpen, SA Soften and more. Other enhancements include a floating window interface, waveform monitor and vectorscope. Available for Adobe Premiere 4.2, 5.0 and 5.1 on MacOS 8.0 and up and Windows 95 or greater. (949) 493-3444


Touted by Lowepro to be as advanced as the cameras they carry, the Digital Resolution series of camera bags come in several styles. The Digital Resolution model D-Res 50AW has an adjustable divider that allows you to customize the interior to fit the needs of your camera. The bag includes a mesh pocket that holds two mini-DV tapes, flash memory cards or smart media cardsin their cases. (707) 575-4363