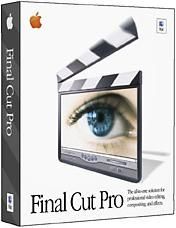 
With a rise of almost six feet, the 11-pound Microdolly Jib Arm from Microdolly Hollywood will mount on most professional tripods and will handle most camcorders. (323) 464-2712


The AquatiCam, from Aquatix International is available with no camera control, mechanical control or electronic control for LANC-equipped (Control-L) camcorders. For use with camcorders up to 4.6 inches high, 4.8 inches wide and 11 inches long.


The T200 VHS Tape from Memorex features a record time of up to 10 hours in SLP (Super Long Play) mode or three hours and 20 minutes in SP (Standard Play) mode. The T-180 VHS Tape will hold 9 hours in SLP mode.


Davis & Stanford, a division of Tiffen, announced the 1.5-pound Steady Stick. Tiffen claims the Steady Stick, a belt-mounted camera stabilizer, is capable of holding a camcorder up to 30 pounds.


Panasonic’s new PV-DV900 DV camcorder features an 18:1 optical zoom and a 300:1 digital zoom. The two-and-a-half-inch color LCD screen is reported to rotate up to 270 degrees for viewing at different angles.


Designed for use with Apple Computer’s New G3 line, VST announced the release of its first FireWire hard drives. Available in 2GB to 14GB configurations.