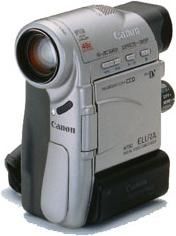 
According to JVC, the GR-DVL9500’s high-speed recording mode captures 120 images per second. This allows smooth slow motion playback at 1/10th the speed of standard recordings. The DV camcorder includes a 3.8-inch LCD monitor.


Tiffen announces the Kipling line of camera bags. Designed to look like normal luggage, Tiffen claims that they "do not announce expensive photographic equipment inside." (716) 328-7800


STB Systems has a new MPEG-2 encoder and decoder. The DesktopVCR is a computer expansion card that STB claims will encode video into MPEG-2 and decode two MPEG-2 streams simultaneously.