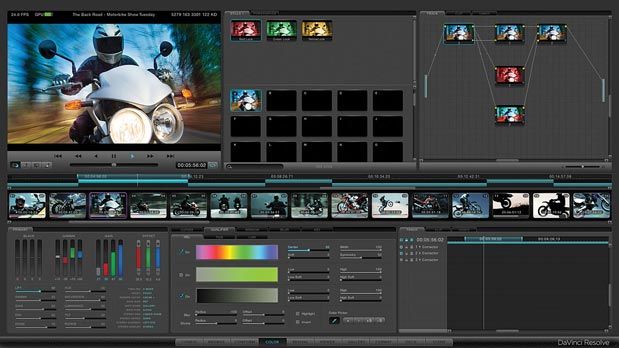 When it comes to professional video and photography, image quality is of the utmost importance. Ensuring the best quality requires use of specialized equipment both during filming and after filming. The advancement in modern technology has brought forth many tools that enable video making professionals in post production editing. Blackmagic Design DaVinci Resolve is one such software which is used for color correction of digital images, which has been in use since as early as 1984.

DaVinci Resolve Lite is a free version of the popular DaVinci Resolve software. Being freeware the Resolve Lite is entry level and has its limitations. Many features like multiple graphics card processing, Stereoscopic 3D, 2K, noise reduction, power mastering, remote grading and database sharing with external server available in the paid version are absent.

The most prominent feature of Resolve Lite is the nodes which are analogous to layers in After Effects. The number of nodes that can be utilized to edit the images are practically limitless. Some functions that nodes are used for include color correction (primary and secondary), grading, mixing, blurring and curve grading. Different nodes can then be linked in a particular sequence or parallel to each other to combine the effects of individual nodes.

Control panels greatly aid the users to operate post production editing software efficiently. The Resolve Lite is not only limited to DaVinci Resolve Control Panel, but it is compatible with a range of different control panels from different manufacturers. One can even use a mouse, pen or tablet with the software.

The user can utilize the free version as long as needed and upgrade it to DaVinci Resolve whenever desired by simply paying for the licensed version. If required, the control surface can also be purchased later on.