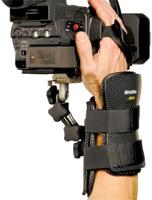 Hoodman’s WristShot stabilizer is designed to shift the weight of a camcorder (when used handheld) from the wrist to the forearm. The WristShot includes five axis adjustments, a quick-release mounting system and a universal tripod adapter mount. 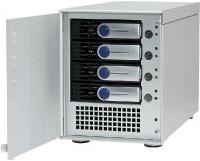 Sonnet’s Fusion D400RAID is a 4-drive SATA RAID that ships with a PCI Express RAID controller. The system can be configured as a RAID 0, 1, 4, 5, 10 or JBOD and is supported by Mac OS X, Windows XP, Windows Vista and Linux. Raw capacities available include 2TB, 3TB and 4TB.