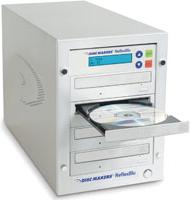 Disc Makers’ ReflexBlu duplicators can duplicate either two or four Blu-ray Discs, depending on model. The duplicators also copy DVDs and CDs, in addition to Blu-ray Discs. Both models ship with disc creation software, a USB port to allow one of the drives to be accessed directly from a computer, and an internal 250GB hard drive that can hold up to nine BD images. 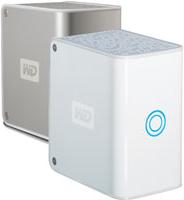 Western Digital’s My Book World Edition II is a 1TB NAS that can be accessed from anywhere over the Internet via CIFS. The drive’s front panel LEDs indicate capacity and drive access at a glance. The unit is bundled with EMC Retrospect Express backup software.