Miraizon’s Cinematize 2 Pro for Windows is a DVD re-editing tool that allows the extraction of DVD-VR, individual channels from multi-channel audio tracks, DVD menus and their elements and subtitle tracks (as movies or images). A free trial version is available at Miraizon’s Web site. 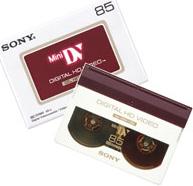 Sony’s new 85-minute videotape is said to have 75% fewer errors and 50% fewer dropouts than a comparable Sony Premium Mini DV tape, making it suitable for both standard-definition and HDV recording. The tape also features a higher carrier-to-noise ratio and utilizes a new lubricant that is claimed to improve tape stability. 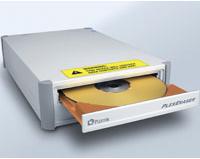 Plextor’s PlexEraser destroys the data on any recordable or rewritable CD or DVD media without physically destroying the disc, therefore preventing the release of any of the potentially toxic dye from the disc and providing an environmentally-friendly way to excise any sensitive data that you’d rather not have anyone else see.