Panasonic’s AG-HVX200 made a big splash at NAB for its ability to capture HD footage onto memory cards at both 1080i and 720p. The camcorder retains the ability to record standard Mini DV video with its tape transport. The camcorder uses three 16:9-native 1/3" CCDs, and also features two XLR mic inputs.
(800) 528-8601

Ulead’s VideoStudio 9 includes a new DV-to-DVD Wizard, chromakey features, Flash animation overlays and Pan and Zoom effects that can be applied to video. A new feature called DV Quick Scan allows users to quickly choose which clips they want to capture. New video and audio filters round out the new version. 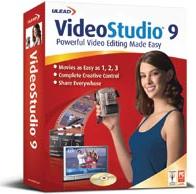 Digital Juice’s VideoTraxx 3, with over 3,000 QuickTime stock video clips shipped on 34 DVD-ROMs, spanning 36 categories. Digital Juice’s new Juicer 2 management software is also included in the package, which can also perform conversions to DV, AVI and other codecs bundled with most video editing software.

MacroSystem’s Claro includes a DVD burner and a FireWire port (but no analog video inputs,) and ships with a 120GB hard drive and 256MB of RAM. The appliance supports both standard NTSC monitors and VGA monitors for output. A card reader for importing digital photos is built-in. 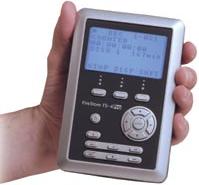 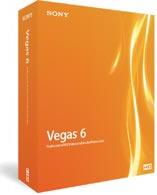