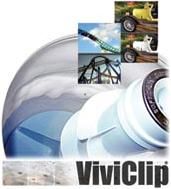 MooGear's DV Capture 1.0 captures DV video easily via FireWire. Included with Moogear are VCR-style deck controls, as well as the ability to capture video to both NTSC and PAL formats. Footage can be saved as either Type 1 or Type 2 AVI and references to drop frames are clearly noted should they occur.

InterVideo's DiscMaster 2 Gold and Platinum are wizard-driven disc burning applications that create CDs and DVDs in three steps, handling burning and copying of data CDs and DVDs and music CDs. Audio ripping is also included, and both DVD-R(W) and DVD+R(W) are supported (including dual-layer DVD+R), along with CD-R(W). The Platinum version includes a disc label printer and packet-writing kit.