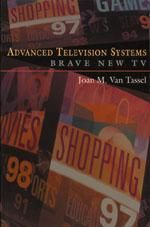 The Art of Sound Reproduction

Audio is often the last concern for a video enthusiast’s production.
A good soundtrack sets the mood while subtly conveying essential information
to the audience. However, a bad soundtrack, with hisses, distortion and
low fidelity, is something that we’re too familiar with. If a college class
for sound appeals to you, but you don’t want to spend the time, then The
Art of Sound Reproduction by John Watkinson may be a good place to start.

Watkinson delves into the finer points of audio. He covers all the bases;
explaining how the ear works, microphones, analog vs. digital sound, stereo
vs. mono and all of the technical explanations and illustrations you could
ever want. This book is a good addition to your reference library or for
your general video production education. Rating = 3 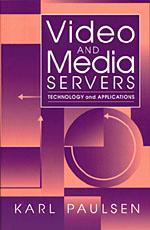 As we head into the 21st century it is clear that affordable digital
video is a driving force in both the computer and television industries.
If you’re interested in this exciting and often confusing medium, check
out Video and Media Servers: Technology and Applications by Karl Paulsen.

Video and Media Servers is not a how-to book for hobbyists, but a technology
book for professional broadcasters. Paulsen offers his unique technical
and historical perspective to give the reader a view of the bigger picture.
From a brief history lesson to explaining media server architectures, digital
storage and network protocols, Paulsen clearly explains this technology.
This book addresses the technical aspects of how digital video evolved,
and what to expect in the future. While the majority of the content is
not practical for the consumer videographer, techies out there will find
a good deal of information. Rating = 2 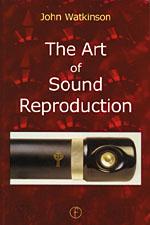 Television is increasingly customizing itself, with infinite channels
appealing to specialized niche markets. It’s an exciting time full of opportunity
for content developers like independent videographers. Broadcasters need
material to air on all of the new channels. Never before has the technology
to not only produce, but distribute independent productions been so affordable
and available to the general public.

In Joan M. Van Tassel’s book Advanced Television Systems: Brave New
TV, she answers questions about high definition television, interactive
television and switched television with non-technical answers that cut
through the hype. Van Tassel touches upon technologies, policies and markets
without bogging down in the technical mire. Although the book is a couple
of years old, it’s still pertinent and informative for videographers. Rating
= 4