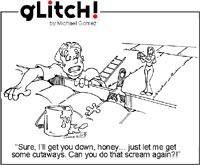 State of the Industry


The "Total Color TV" category is beginning to slide, though, having lost 14.1% compared to last year. This may be due to the digital TV rollout, which finally appears to be picking up steam.

Total Training (2003, www.totaltraining.com, 6 DVDs, approx. 20 hours, $249).Like every other Total Training video that’s come through our doors, Total Training for Adobe Premiere Pro is a very well-produced, accessible and friendly training program that focuses on procedures, using the output from a computer running Premiere Pro to guide you through the popular editing software. The six disc set is very thorough.


As a bonus, you get a DVD-ROM disc with project files that allow you to follow along with host Jacob Rosenberg on topics from working with DV source material, still images, titles and simple compositing. Some "real-world"-style projects are also included, which proceed through the project from raw footage to final edit. Rating: 5