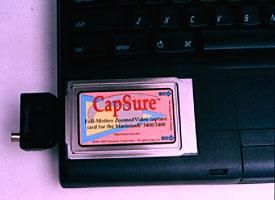 User Groups: let us know you’re out there. For inclusion in our listing,
submit your request to "User Groups," c/o Videomaker, P.O.
Box 4591, Chico, CA 95927. Seeking a User Group? For a list of existing
user groups and/or video enthusiasts seeking or willing to organize a group
in your area, send an SASE to the same address.


Expand your user group’s horizons by posting your home page on the Videomaker
site. For information, send an e-mail request to dtaylor@videomaker.com

This site does a thorough job of explaining why different parts of the planet
have different TV standards, the pros and cons of each, and the principles
of standards conversion. Accompanied by links to related reference pages.

Movies On A Shoestring Inc. is soliciting film and VHS cassette entries
for the 39th Annual Rochester International Film Festival. All entries must
be received by March 1, 1997. Judges consider artistry, ingenuity, cleverness
of presentation and skill and mastery of the medium. Send entry and $20
entry fee to Movies On A Shoestring, P.O. Box 17746, Rochester, NY 14617,
or contact Ellie Cherin, MOAS President at 716-271-2116 for more information;
email moas@wow.com.

The Student Media Arts Festival is accepting entries for SMARTfest 1997.
The festival is organized by and for students. Submissions must have been
completed after January, 1995, and be no more than 28 minutes in length.
Judges are seeking a wide variety of work demonstrating the concerns of
students of all ages. All genres and subjects are welcome. Entries must
be postmarked by March 1, 1997. Send to: SMARTfest, 31 Prince Street, Rochester,
NY 14607-1499. For more information, call (716) 242-0166.


The Consumer Electronics Manufacturers
Association (CEMA) has developed a standardized presentation format for
camcorder technical information. Most manufacturers currently include a
specification page in their owner’s manuals; however, the information published
varies widely by manufacturer.


LA Cops to Get Video Cameras

In 1992, the Christopher Commission recommended the use of video cameras
as one of the 120 police reforms following King’s beating. Chief Bernard
C. Parks said that a pilot program had been ignored for years and that he
now wants to make video cameras standard equipment on all new patrol cars.


Last spring, a lone leased access programmer
realized victory in a battle with the country’s largest cable operator,
Time Warner Cable (TWC). But you won’t see his achievement trumpeted on
the covers of the cable trade publications nor in FCC press releases. It’s
a victory which every independent producer who yearns to put his or her
programs on the air should celebrate.

Three years ago, Ron Harsh tried to lease time on the Emerald Coast Cable
system (then owned by Cox and subsequently sold to TWC) in Fort Walton Beach,
Florida. He diligently pursued his goal of producing a half-hour news program
although the cable operator consistently thwarted his efforts. He complied
with all of the operator’s demands, some of them reasonable, some of them
overt obstacles to his right to lease time. When the cable operator demanded
that Harsh’s company, United Video Productions, obtain a $3 million insurance
policy (at an annual cost of $3500), he decided to fight back by filing
a formal complaint with the FCC.

"I used information I learned from reading Videomaker‘s leased
access publications to argue that the requirement for producers insurance
was excessive," says Harsh. The FCC finally agreed, ruling in Harsh’s
favor last May by affirming that "the cost of obtaining the insurance
required by TWC appears to present an obstacle to United in obtaining leased
access."

Harsh has since changed his original news program plan and will begin producing
and airing "Tourist TV" this spring. He feels vindicated by the
ruling. "Even though the petition took a year and a half to be resolved,
I hung in there hoping my victory would benefit others in the U.S. experiencing
similar problems with their cable operator."

ZoomedVideo is the technology which allows the add-in card to take analog
video signals from a VCR or camcorder and direct it into the screen’s video
buffer. This bypasses the computer’s system bus to deliver data at rates
up to 27MB per second and frees up the processor for other tasks. To store
the video onto the hard drive, additional Quicktime-based capture software, such
as the capture driver that comes with Adobe Premiereis required.

The DV-M1 can transfer DV data directly between the camcorder’s digital
I/O port (IEEE-1394) and the computer, as well as convert any analog video/audio
source into DV format. It also incorporates multi-channel audio processing
and mixing, and additional hardware for digital audio processing and mixing
through an optical input. Direct digital audio sources include DAT, ADAT
and CD players.