One of the most anticipated camcorders announced at the National Association of Broadcasters 2008 event last April was RED's Scarlet. Manufacturers recently released this mockup photo of the Scarlet camcorder in its current stage of evolution. The Scarlet is a 3K camera with a 2/3" CMOS sensor, coming in at under $3,000. Rumors and discussions about Scarlet have been rampant since its debut was scheduled for "early 2009."

RED was the big buzz at the 2007 NAB, with rows of people 6-deep trying to get inside to see the $17,000+ mockup camera (not including the $4,000+ lens). RED is out of our average consumer-prosumer priceline, but Scarlet is now getting the attention of people in our field.

More details about Scarlet can be found at scarletuser.com

Fair Use Guidelines Receive a Facelift for Online Videos 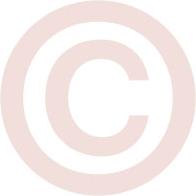 Believe it or not, fair use and copyright issues are not new, although they're getting a lot more attention in this internet era. Licensing of print publishing goes back several hundred years, to the 1600s. Laws against copying someone's printed work migrated to radio and audio work, followed by film, then television.

Before the internet, many people might have gotten away with "borrowing" someone else's copyrighted video or audio, if the borrowed media was only used locally, within the obscurity of one's own tiny world. But now that the internet has connected us all globally, video and audio use can be found anywhere via the internet.

The Center for Social Media has published a set of guidelines relating to fair-use practices and online video. Find out if your mashup, re-edit or montage of 80s TV shows is legal. Read about your rights using copyrighted material in your own works. Research it before losing sleep worrying if some giant media conglomerate might come to call. The lawyers and scholars at the CSM have trodden the murky waters of fair use and come up with a set of guiding principles to "keep on the windy side of the law" (quoting Shakespeare is public domain, for example).

Sing Happy Birthday… for a Fee

Did you know that recording, staging or even singing the famous Happy Birthday to You song is illegal without paying licensing fees? Yep. If you sing it live at a public gathering like at a baseball stadium or the shareholders' annual gathering, or if you use it in your video or audio that goes over the airwaves or on the internet, you might be hit with a fine if you don't get permission to use it.

According to the Guinness Book of World Records, the Happy Birthday to You song is the most popular song in the English language, and it has a fascinating history. Originally, two Kentucky school teachers in the 1800s, sisters Mildred J. Hill and Patty Smith Hill, wrote it for children to greet their teachers, singing "Good Morning to You." It was later published in a songbook and later adapted to the birthday song.

Although the song has long been in common public use, it would have fallen into the public domain in the early 1990s, but the copyright extensions in the 1970s have kept the song licensed until the year 2030.

According to Snopes.com, the site that separates fact from myth, Happy Birthday to You was also the subject of Western Union's first singing telegram. How does all this affect you, the video producer? Since the song is not in the public domain, you're expected to pay or get permission to use it on any video that you publish. Don't believe us? As video producers, many of us like to sit through the credits at the end of a movie in the theater. Watch to the very end where movies traditionally post music credits in a movie that used that song, and you'll see the Misses Hill given due credit.

If you really want to edit your favorite birthday boy's commemorative day to music and you have to pay licensing, you might as well use the Beatles' They Say It's Your Birthday. That's more fun to edit to, anyway.

Read more about the history of the song's copyright at snopes.com and at wikipedia.org