Brian Alves, Executive Producer of The DV Show podcast [thedvshow.com ] sent us an interesting link the other day. It was a story from Business Week about the poor offerings of lackluster-filled amateur videos on many of the user sharing sites. (www.businessweek.com 11/20/07, Web Video: Move Over, Amateurs).

Research finds that more of the user sites are opting for professionally-generated videos rather than the current onslaught of badly-produced, nonsensical videos. Just because anyone can now shoot video doesn’t mean anyone can make video… good. What does this mean to us? The cream is already beginning to rise to the top. Whereas many user sites were jumping on the “everyone can” bandwagon, now they are being more selective, and video producers like Videomaker readers who already understand the techniques and have the skills in place are going to be in demand for their talents. 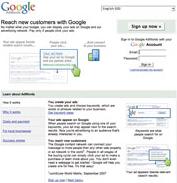 If you’re a clever, creative, innovative video producer, you might stand a chance of being a paid producer of video ads for Google. Web ads are growing, and companies are looking for producers to make their ads. You see web ads everywhere. Many are animated graphics-based, but ads with actual video have become more popular, and someone has to make them… why not you? Unlike TV ads, these web ads aren’t all coming from a brick-and-mortar commercial house, but from internet sites like Pixelfish and TurnHere. Interested in giving it a try? Here’s a tip: the criteria for creating a good video ad are to make it short and tight, and to grab the viewer’s attention within the first 2 seconds. Go to Google’s AdWords site to find out more.

Is There an Oscar in Your Future?

Oscar season for the documentary awards is in full swing, with the gala meet-and-greet last December 7th at the Director’s Guild in Los Angeles. It culminates with the 80th Annual Academy Awards ceremony on Sunday, February 24th. Once again, Videomaker has been invited to attend a few of the galas honoring the documentary categories. Watch for reports on our social network, Videomaker Lounge.

What does it take to get to this level of documentary making? A lot of hard work and getting your name out there and known by following the festival circuit. Next month’s issue of Videomaker has the rundown on festivals to watch for and tips on how to get accepted by a producer who’s doing just that.

From your humble beginnings of planning your documentary to the award acceptance speech, there are a lot of hills to traverse and obstacles to hurdle. The International Documentary Association (IDA) is celebrating its silver anniversary this year. For 25 years, the IDA has been getting the word out about the documentary genre and supporting documentarians in their quest for publicity, funding and possible legal assistance for such things as fair use and copyright protection.

If you’re serious about your documentary, check out the IDA’s site to learn more. You will be greatly inspired by the documentaries of the past 25 years. It’s never been a better time to be a documentarian.
www.documentary.org