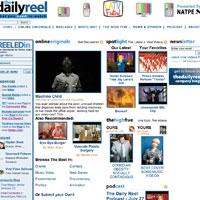 The Dailyreel (www.thedailyreel.com) is a great way for video producers to network, view others’ work and check out a number of upcoming video-related events. The site’s main page (or Front Page, as they call it) offers videos of producers in their network and links to other sites, such as the well-produced TurnHere video Web site. It also has links to video industry news and viewer ratings.

Currently producers can sign up for free and log in to a new social networking page called ReeledIn to find work, crew or talent. Separated into Creative or Employer, the Web site lists companies looking for producers, writers, videographers, etc., and the bios of the crew members they seek. You can join a crew, start a crew or just read about other community members. There’s a blog section called New Happenings that allows you to post the latest developments on your video or film project. The Dailyreel is a great one-stop-shop for the video and filmmaking community.

For a “blast from the past,” we thought we’d look up a few numbers to compare how camcorder sales have affected the way people track events around them using video cameras.

In the Fall 1987 issue of Videomaker , we wrote: “The Electronic Industries Association reports, “in terms of percentage growth, the hottest video hardware product is the camcorder.” For the first six months of 1987, camcorder sales totaled more than 580,000 units. The statistic reflects a 49 percent jump over the previous year.”

In 2006, according to the Consumers Electronics Association, camcorder sales topped out at more than 5.32 million. The report also said that sales of analog VCRs were the big loser, with volume dropping off 44.4 percent to 758,800. The CEA reports this is the first time VCR sales didn’t reach the million-dollar-or-more mark since 1987.

Back in the 80s, camcorder purchases were also for the wealthier hobbyists. For example, a typical Panasonic VHS camcorder, similar to the one shown, boasted a “high speed shutter” and “audio/video dubbing” and sold for around $1,500. Compare that to today’s inexpensive Panasonic PV-GS80 Mini DV camera, selling for only $300.

Today, with so many affordable video cameras available, everyone can be video producers, even if they still can’t shoot worth beans, if the many videos you have to sort through on YouTube are any barometer. Someone needs to send these video producers some Videomaker gift subscriptions!

The Battle of the Titans

If you think this issue of Videomaker you hold in your hands right now appears to be smaller in weight and size, you are correct. Due to the rising costs of paper, printing and the post office’s new rates for periodicals, we’ve had to reduce the number of pages, but not the information that you will receive. Over the next few months, you will see some changes to your favorite video magazine, from some of the delivery methods to more enhanced online coverage. Never fear, Videomaker will always be here. We are evolving with the times, to deliver bigger and better stories and techniques to you. Stay tuned!