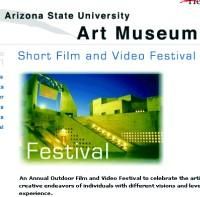 Film Schools Using 24p Camcorders
A number of film schools, including the California-based three-campus Brooks Institute, have begun to adopt Panasonic’s AG-DVX100A Mini DV and AJ-SDX900 DVCPRO Cinema camcorders for training the 600 students in their film program.
The camcorders were acid-tested over the course of an eight-week commercial production course. Discussing the outcome of the class, Instructor Daniel Pfisterer compared the camcorders favorably to PAL Digital Betacam as well as 16mm and 35mm film formats. ”We discovered some non-technical things when doing our comparisons. Not only were the 24p cameras easier to use than the film camera, performances captured on the 24p camera in several cases seemed more natural. The performers seemed more at ease with the smaller camera. Cumbersome, bulky film cameras can definitely have the effect of making an actor feel uneasy, very aware of the artifice of production. Panasonic’s 24p cameras are unobtrusive and less intimidating to the student filmmakers as well as to the cast, improving their performances and ultimately helping you make a better movie. Moreover, the film-like images the cameras produce will put students and indie filmmakers at a competitive advantage both at festivals and film markets versus folks shooting with conventional (interlaced) video cameras.”
Only time will tell whether more commercial and television production operations will migrate away from film and toward 24p, HDV, or other HD equipment.