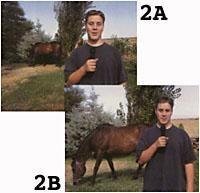 Taken to Task on Telephoto

According to Gene Bjerke (Getting Close with Telephoto, November 1998 Videomaker) telephoto lenses flatten perspective. This is incorrect. It is the camera-to-subject distance and not the lens focal length that affects perspective. For example, as you move towards a subject, objects that are close get larger at a faster rate than those farther away. Changing lens focal length only changes image size, not perspective.

Also, in Figures 2a and 2b, we are shown examples of how, by changing from wide-angle to telephoto, the background (i.e. a horse) grows in size, while the subject (man with mike), remains unchanged in size. This, of course, is untrue. The horse and the man would grow in size at the same rate, with no perspective change, just like enlarging a photograph.

The only way the perspective could change from Figure 2a to 2b would be if the camera was moved back considerably, and the lens zoomed in to make the man’s size the same as in Figure 2a. This would also make the horse appear larger as shown in Figure 2b. Just changing to telephoto, without changing camera to subject distance could not have achieved this effect as shown.

Although I agree with the author about the benefits of a telephoto lens, the example on page 88 of the November 1998 Videomaker is misleading. The two shots of a person in front of horse are supposed to demonstrate to us how a telephoto lens makes “them appear closer together.”

No wonder the two seemed closer together! Had the horse not moved, the subjects would still appear closer using a telephoto lens, but the change would not have been so drastic. Readers who expect a similar result with their telephoto lens might be disappointed (if they don’t pull their subjects closer together as well.)

How astute you both are! Both of your points are valid. The idea was to illustrate how a telephoto lens affects the subject’s spatial relationship to his background, often called lens compression, and we think that was achieved. Perspective, the apparent relative sizes and positions between objects within the frame at a given focal length, is caused by a combination of focal length and camera-to-subject distance. When we switched from wide angle to telephoto (Figure 2a to Figure 2b), we did move the camera back from the subject about six feet in order to keep the subject the same size in the frame. We do regret that we failed to mention the need to move the camcorder further away in order to keep the main subject the same size, an oversight on our part. Had we zoomed in without moving the camcorder, the foreground and background would have enlarged equally with no change in perspective. If we had just moved the camcorder back, without zooming, the foreground object would appear smaller and obscure less of the background. That would be a change of perspective between the camcorder and subject but little change in the apparent distance between the foreground and background. What we did was to zoom in to a telephoto shot and move the camera back allowing the background image to appear larger and therefore closer to the subject through lens compression. Regarding the position of the horse, you are correct that the horse moved, but by just a couple of feet (it’s hard to keep a horse still, especially when it’s standing on brown grass looking for green). The large bush in the background, for example, did not move, but still appears considerably closer with the telephoto lens. 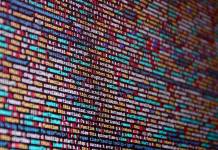