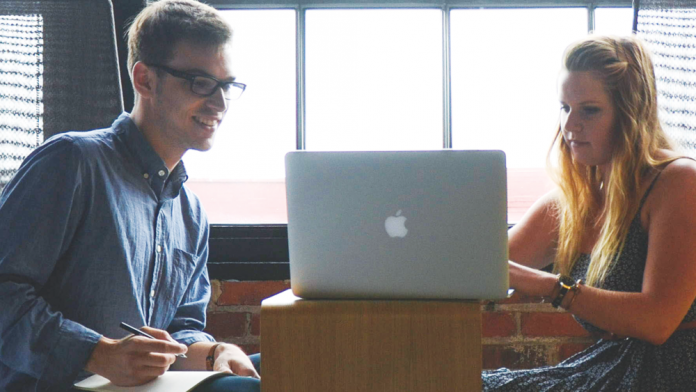 When you first start out in video production, you’ll most likely find that your videos don’t always match the vision you started with. Continued practice, of course, is the best way to develop your video production chops, but pointed, critical feedback is one of the best ways to determine where you should focus your efforts. Let’s look at some ways to get the most out of the experience.

The first and most important step in learning to receive criticism gracefully is to practice listening. Listening is more involved than simply being in the same room while someone else is talking. It requires conscious attention and a willingness to be open to new ideas. You’re not really listening if you’re preparing your rebuttal before your critic has even finished talking.

Listening also requires you to admit the possibility that your perspective can be limited or just plain wrong. It’s easy to dismiss a comment if it goes against your own perceptions or if addressing it requires a large amount of additional work. In the end, however, this attitude will only hurt the quality of your final video.

In order to benefit from constructive feedback, you first need to learn to listen to it.

Your critic will usually be speaking based their first impressions. As the creator, you don’t get to have a first impression. You were there as your video emerged from an idea or a formless pile of footage — before the video was a video at all.

Outside critique is valuable because it gives you a glimpse at something you can never experience yourself. Respect those first impressions and the unique insight they can offer.

Once you’ve heard the feedback, it’s time to watch your video again with as much objectivity as possible. Again, you’ll never be able to see your project with entirely new eyes, but the more you can separate yourself from your work, the more honest you can be about what’s working and what isn’t.

Before deciding whether or not you agree with a critique, take a step back and watch the video again. Try to separate youself from your work. Think about it as if you had no hand in making it, and see if you notice new issues that weren’t apparent during the creative process.

As much as you should value and trust the objectivity an outside viewer can bring, there may be times when you have good reason to disagree. Maybe your critic doesn’t understand the goals of the video or maybe they’re having a hard time articulating their critique in a way that’s helpful to you.

If you’ve done your due diligence in trying to see your video from your critic’s perspective and you still disagree with their comments, don’t feel obligated to make changes that you don’t believe in.

Don’t feel obligated to make changes  that you don’t believe in.

This doesn’t mean you should dismiss the critique entirely. Something isn’t working, even if your critic isn’t able to express exactly what that is. Watch the project again to see if you can identify what provoked the critique, or call on another outside viewer to see if they comment on the same issues.

We pour a lot of energy into our videos, so it can be hard to hear negative comments about our work.

If you feel discouraged about your video production skills after a harsh round of critique, remember that the feedback is meant to improve your work, not tear you down as a video producer — so don’t take it personally.

At some point in your career, as your skills progress and you build your reputation as a video producer, you’ll likely be asked to provide feedback on someone else’s work.

As you make the transition from receiving feedback to giving it, think about the most helpful notes you’ve received in the past and use those as a guide. What was helpful to you as a new video producer will likely also be of use to others.

Just as you should avoid feeling personally attacked when receiving feedback, steer away from personal critiques when giving it.

Frame your comments so that you are always addressing the video itself and not the person who made it. This could be as simple as rephrasing your comments with a different focus.
By choosing to say, “The video doesn’t make sense here,” instead of, “You don’t make sense in this section of the video,” you’re putting the weight of the negative comment on the video, which helps its creator take a more objective perspective.

Rephrasing your comments so they focus on the work is an easy way to get your point across without disparaging the abilities of the creator directly, which can sometimes lead them to dismiss your comments entirely rather than use them to improve their work.

People respond better to negative feedback when it’s paired with the positive aspects of the work. Rushing to point out what flaws you see can make creative people defensive, causing them to block out positive comments that follow and focus too much on what isn’t working.

To make a positivity sandwich, start by pointing out what you like about the video — what really works — then move on to the issues that need to be fixed. Finish the conversation by reminding the video producer about what you liked.

Putting your negative comments in context can help encourage the creator of the video to make their project even better.

This is another nuance in word choice that can help frame your negative feedback in a more positive light. Again, the goal here is to encourage the producer to continue improving both this specific video and their overall skill set.

Presenting critiques as opportunities for growth is a great way to emphasize the potential that you see in a video, even if it still needs a bit more development to really shine.

Nothing is more frustrating to someone trying to improve their work than a wishy-washy “I just don’t like it.” Not only is this discouraging, but it’s wildly unhelpful in finding ways to improve the video. The more pointed and concrete you can be in your critique, the more likely it is that the creator will be able to take action to improve the project.

Good listening habits work both ways. When you listen well, you’ll be more likely to provide useful feedback to the producer. Figure out why they’ve made the video and where it will be seen before jumping to conclusions regarding what needs to be fixed.

Anyone who’s taken a course in a creative field can tell you that critique is an invaluable tool in expanding your skills and honing your craft, but the process isn’t always fun.
These are just a few ways to ensure that everyone involved leaves with renewed enthusiasm.

Nicole has strong opinions about her work, but she wants to hear what you think about it anyway. She’s also Videomaker’s Managing Editor.