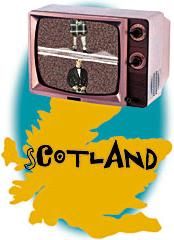 Yes, there is a television format in Scotland different from the United States’. The United Kingdom, and most of Europe, uses the PAL (Phase Alternating Line) format. Your tape will have to be copied and converted to the PAL format. There are companies that make these conversions for you or you can buy a device to copy and convert the tapes yourself (see Gear in the July 1998 issue).

Yes, audio insert is essentially the same for all consumers VHS-family VCRs. The insert audio is recorded on a mono audio track which is seperate from the video track. The stereo audio is recorded on the hi-fi audio tracks which uses a different technology than the analog audio. The hi-fi audio is recorded at the same time as the video and new audio cannot be inserted into the hi-fi track without destroying the existing video information. See Grading the Formats in the September 1998 Videomaker and The Magic of Camcorder Audio in the May 1997 Videomaker for more information on this subject.

I have a Sony VX1000 DV camcorder, which I am very happy with. I do have one question though; you keep showing in your descriptions of the VX1000’s features that the camera is supposed to have a character generator. The owner’s handbook does not show that this camera has one. The handbook also does not say anything about the onboard color-bar generator that I found out about by talking to another fellow that has one of these cameras.

According to Sony the VX1000 does not have a character generator. The Camcorder Buyer’s Guide in the Videomaker Step-by-Step Guide to Home Video 1998 lists the DCR-VX1000 as not having a character generator. According to Sony, to display color bars on your Sony DV camera, start from the off position, then turn the power switch to stand-by. Turn the camera power switch on and set the selector switch to camera while the thumb selector switch is in the locked position. Then press the Photo and Start buttons simultaneously and switch from locked to standby position. To record the bars just press the start button. To turn the color bars off, just switch from standby to locked and back again.

How can I shoot clearer, better quality video in dark locations, such as at parties and weddings? I’ve taped several weddings and similar events, but never seem to get the quality I would like. I use a Canon ES4000 camcorder. Is there a filter I could use that would help? I know using extra light is the main way to improve the video, but I like the appearance of darkness in some shots.

Filters reduce or modify the light (in certain colors or frequency ranges) entering your camcorder. They cannot add light. A low-powered light on the camcorder (often called an eye light because it adds sparkle to the eyes) can help improve skin colors and detail on your subjects without overly brightening the scene. You can also reflect some light off the ceiling or wall (if it is white) with a low-powered lighting instrument. The amount of soft, reflected light could be adjusted with barn doors or flags (to block out some of the light hitting the reflecting surface).