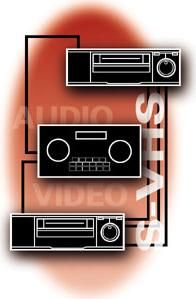 Yes, you will be able to edit your standard tapes, an S-VHS deck will record and edit standard VHS video. No, you don’t need two S-VHS machines. A standard VHS desk will work fine as your player, unless you replace your camcorder and start shooting on S-VHS. No, you don’t have to use S-VHS tape in your S-VHS machine, but if you don’t you will not be recording in the higher quality S-VHS format. You will not be able to play S-VHS tapes in your standard machine, (unless your standard machine is new enough to have quasi-S-VHS playback). You will have to make dubs for playback in a standard VHS machine. It is a good idea to edit your master tape on S-VHS, make standard VHS dubs for playback and put the master away in a safe place. When the standard VHS copy gets damaged or worn out (which it eventually will) you can make another copy. Overall, you won’t see much of an improvement in video quality from your record deck upgrade until you also upgrade to a higher resolution format for your source video footage.