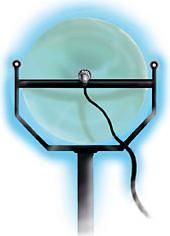 In general, what lux rating is sufficient for a family camcorder? And what
is the lux rating for the average camcorder?

Lux is the standard measurement used in determining
how much illumination is present in a scene to be videotaped. One lux is
equal to the amount of light generated by one standard candle, measured
one meter from the candle and spread across a one meter square surface.

Camcorder manufacturers often use low-light performance as a selling
point; still, you need to be careful not to make a purchase decision based
solely on the lux numbers they provide. Often, the manufacturers will claim
something as ridiculous as 0.5 lux sensitivity, which means you can shoot
by half the light of a single candle placed one meter from the subject.
This is utter nonsense; all the manufacturers have done in this case is
determined at what level a picture appears on a monitorany picture, no matter
how murky or grainy. To get an acceptable picture that you’d want to show
to your family or friends, most camcorders require around 1000 lux (equal
to an overcast day or an office lit by fluorescent lamps).

To help you determine how well a camcorder operates in low light conditions,
the Electronic Industries Association (EIA) has developed a set of guidelines
for manufacturers to use when assigning lux ratings to their camcorders.
Unfortunately, most manufacturers still won’t list these specifications
in the literature that comes with the camera. Most camcorders test somewhere
in the 8-20 lux range using the EIA guidelines, but even at this level,
the picture looks very grainy and murky. The best way to know if a camcorder
will operate in the conditions you require is to simply ask the salesperson
to let you try it out, then use it in a variety of situations and light
levels right there in the store.

While shooting video with an S-VHS camera, I have the video and audio outputs
of my camera cabled directly to the input of my S-VHS VCR. The audio is
using a typical RCA connection, and the video is connected via the Y/C cable.
My question: is the tape in my S-VHS VCR recording a first-generation or
a second-generation signal?

In the scenario you describe, the video and audio recorded onto your S-VHS
VCR would still be considered first generation. However, it would be a first-generation
copy that’s ever so slightly more noisy and degraded than the tape in your
camcorder. This is due to the simple fact that analog video and audio signals
always pick up electronic noise whenever they move through cables or circuitryperiod.
A second-generation copy would imply the added degradation that comes from
actually recording the signals onto tape, then re-recording them onto another
tape.

Exactly when did the VHS-C format come out on the market? How many lines
of resolution does it have compared to VHS’s roughly 240 lines? And what
exactly do the letters VHS-C stand for?

VHS-C (Video Home System-Compact) was among the
first consumer videotape formats. It began life as JVC’s VideoMovie format,
which in 1983 used half-inch tape to record home video in a not-so-compact
camcorder. By 1985, JVC had begun calling the format VHS-C, to emphasize
its interchangeability with home VHS VCRs.

Performance-wise, VHS-C is identical to VHS (about 240 horizontal lines
optimally, as you say), but camcorders will vary in the resolution they
will produce, based on the quality of the camera and the recording mechanism
present in the unit.


You always say that the key to good audio is to get the microphone close
to your source, but what if you can’t? I do a lot of wildlife video here
in Alaska (mostly bears) so you can see why I have to maintain some distance.

In general, you want to get the microphone close whenever you can, but when
you can’t, what you need is a device called a parabolic reflector. Often
used on the sidelines of sporting events or in wildlife situations just
like you’ve described, a parabolic reflector is essentially just a piece
of round parabola-shaped plastic wrapped around a microphone, with the microphone’s
pickup placed just in front of the opening of the parabola (see illustration
this page). Pointing the large open end of the parabolic reflector at the
source you’re attempting to record will pick up sounds coming from precisely
the direction you want, eliminating other sounds and effectively isolating
the source you want to record.