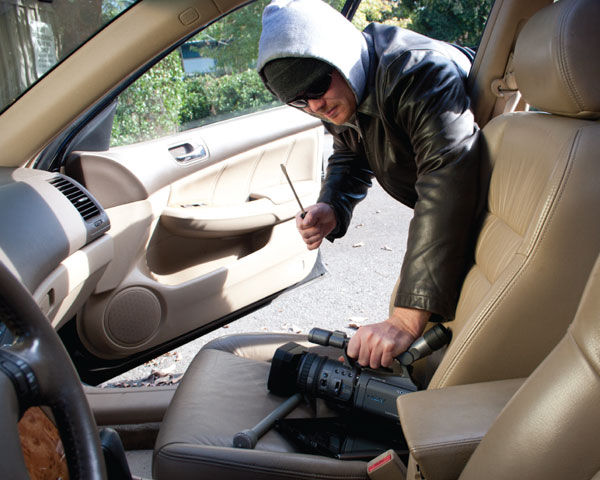 The term “Risky Business” likely conjures up the iconic coming of age movie that first put Tom Cruise permanently on the star map. Unfortunately, the term Risky Business for many videographers and small production houses may refer less to the classic 1983 movie and more to the way they run their video production businesses day to day.

The use of insurance to hedge against risk is commonplace in our society, yet many video production artists and technicians are risk-prone, never having heard of, let alone used, industry-specific insurance like film insurance or Media Liability Insurance. If these terms are new to you or only vaguely familiar, chances are that you and your video production business may be under-insured.

You may first ask yourself – why? Whether you’re a hobbyist, sole proprietor or own a full-blown video production company, why would you want to incur additional expense by looking for industry-specific insurance in the first place? The simple answer: To ensure your creative future in video production from two basic categories of risk. 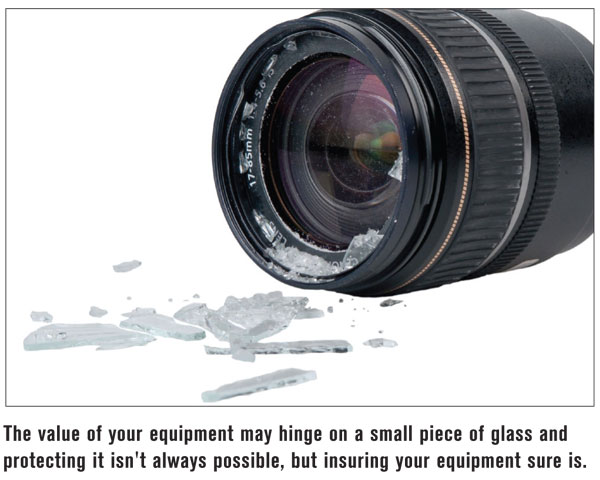 Risk of Loss/Damage: Odds are that you already have, or plan to invest, many thousands of dollars into your video production equipment. Protecting your investment against loss or damage is the most basic of all reasons to evaluate your insurance needs.

Risk of Liability: Beyond the basic protection of your video production equipment is protection from the not-so-basic risk of liability. Liability isn’t about protecting your equipment from loss or damage. It’s about protecting you and your long-term ability to do what you love – video production. Just as the implications of liability are much broader than those of simple property loss or damage, the cost to limit your liability is equally broad (i.e. more expensive).

Risk in the real World

Property Loss: Examples abound of videographers losing equipment from accidents or theft. Several upgrades into my own video production career, my first HD camcorder along with some RØDE sound equipment were stolen from my vehicle in broad daylight. Thankfully, the equipment was insured. To this day I still have and use the pro-level camera I upgraded to, thanks to a down payment made possible by the insurance claim.

Another example is from well-known film and video DP, Philip Bloom, who reportedly lost his new Panasonic Lumix “beloved GH2.” on a shoot in Sydney, Australia. A freak gust of wind lifted the camera, with 3D lens, timer and tripod, four feet into the air and over a wall into the water of Sydney Harbour. This brief moment likely cost several thousand dollars. Needless to say, property insurance against loss or damage is always worth the rather minimal cost of coverage – more on that later. 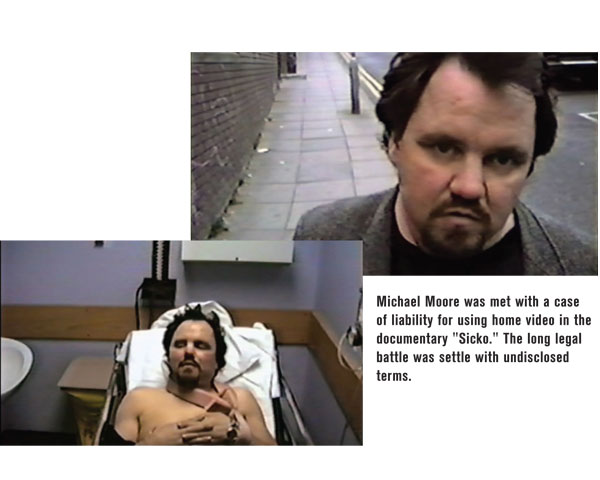 Liability: On the other side of the risk spectrum are examples of loss due to liability. A report of a wedding videographer being sued by his clients for a “bad wedding video” recently made national news. The couple was awarded nearly $1,000 from the videographer who produced the unacceptable video. (For the record, I’ve seen the video. Let’s just say, it’s not good.) All parties suffered loss in this case. The couple lost what should have been a keepsake video of their wedding. The videographer lost the money he would have made, his time and most importantly, his reputation as a video professional.

These examples of loss and liability in video and film production have one thing in common. Insurance was either used, or could have been used to replace, make restitution or defend the legal rights of parties in each of these varied situations.

Homeowner’s Insurance: The first line of defense against risk in terms of insuring your video production equipment is also the weakest. Homeowner policies, the least expensive and most common types of insurance, can add a limited degree of risk management to your video production pursuits. The key word here, however, is “limited”- very limited. In fact, if you consider your video production a for-profit business, the most ample homeowner’s insurance policy, will have “business exclusions” that will leave you out in the cold during the heated investigation of an insurance claim. Insurance companies can and do rightfully deny claims of loss and liability in cases where basic homeowner’s protection tries to extend its coverage into the realm of for-profit business.

Commercial General Insurance: CGI, also known as a Business Owner Policy, is a close runner-up to Homeowner’s Insurance in terms of coverage and cost. However, Business Owner’s Insurance is broader in scope; coverage for both property and liability are extended into the film and video production workplace. Coverage limits can be tailored to cover all of your production equipment and property, including real property, while also increasing your liability coverage. A small production company, run from a home office, may pay as little as $300 to $400 annually for entry-level business insurance.

Commercial insurance, compared to homeowner’s insurance, is a far better risk reduction tool for any video production professional, however, it too has limitations. Changes and additions known as riders or endorsements are common, and in each case, bring added expense to the bottom line. Examples of common endorsements used to augment coverage are cost replacement endorsements, scheduling, unique or expensive pieces of production equipment, and clients that may also require you to name them as “additional insured” parties on your policy. Any one of these many riders and endorsements, if overlooked, can become a limitation of your video productions’ business insurance.

Last and Best Line of Defense

Media Liability Insurance is a type of professional, industry-specific “Errors & Omissions” insurance. E&O Insurance is intended to limit your risk from professional errors that violate the rights of others. Its laundry list of liability coverage is impressive as it applies to copyright, trademark, and patent infringement, as well as invasion of privacy, liable, slander, defamation of character, unfair competition, and extended personal injury liability.

Film and Video Production Insurance is a type of business insurance, and is therefore more common. However, it is often used in tandem with Media Liability Insurance. While each of these production insurance types has a similar entry-level cost of around $500 annually, Media Liability Insurance is typically the more expensive of the two, with an average annual cost closer to $1,500 to $2,500 depending on production volume. Although relatively expensive when compared to their lesser insurance counterparts, they often prove to be worth many times their cost. They can be tailored to meet the needs and budgets of both the sole-proprietor and the largest of film studios.

How Much is Enough

To best determine how much production insurance is enough, you’ll need to equip yourself with information by speaking to one or more experienced insurance agents. Making an informed decision is the goal. Where comfort levels of risk intersect with budgets and needs, is where the reality of “how much is enough” is determined.

A final film reference seems apropos in summary: In the film Groundhog Day, Bill Murray’s character, Phil Connors, was able to relive the same day over and over until he got it right. “Getting it right” included purchasing insurance, lots of insurance, from his former classmate-turned-insurance agent, Ned Ryerson. Unlike Phil, in the event of a dropped camera, a lawsuit from errors and oversight, or any number of potential mishaps, we won’t be able to reverse the clock in the name of “getting it right.” In that moment, for better or worse, our loss, liability and options will have been largely determined for us based on our levels of video production insurance, or lack thereof.

The bottom line is this: There is no cost whatsoever associated with evaluating your video productions’ industry-specific insurance needs. Conversely, the cost of not knowing and the result of “risky” business-as-usual could have the potential of jeopardizing your future ability to shoot, edit and create for both you and your clients.

This article provides information about the law designed to help video producers cope with their own legal needs. But legal information is not the same as legal advice – the application of law to an individual’s specific circumstances. Videomaker does not provide legal services or legal advice. Although we go to great lengths to make sure our information is accurate and useful, we recommend you consult a lawyer if you want professional assurance that our information, and your interpretation of it, is appropriate to your particular situation.

A.K.A. No insurance. You’d rather repeatedly step in a pothole of cold slush than talk to an agent face to face about insurance. We jest – no coverage should NOT be an option.

Property, content and personal liability insurance for home and family.

Business insurance with unique coverage for video and film production.

A type of Errors and Omissions insurance for digital, print and broadcast media.

Mark Jensen is the owner of a video production company specializing in commercial and industrial video. He is also a freelance technical writer.