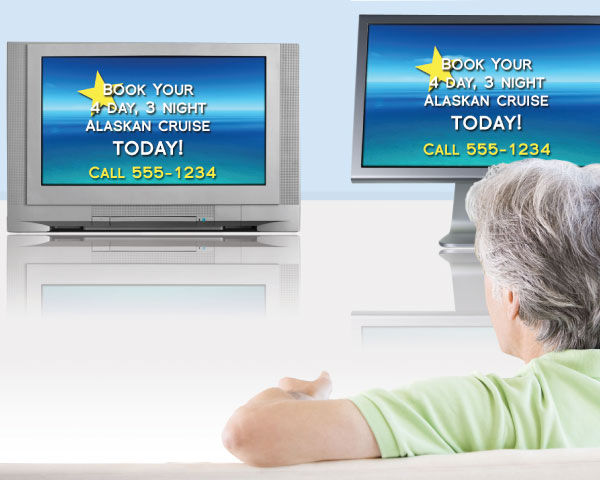 In the past, all the video media you watched came from a network or your local TV station. It trickled down from the big production houses to your little television set. Then came camcorders.

This one invention set into motion a change in what we watch and where it comes from. Until recent years, camcorders have been home movie making tools. But with the introduction of the internet, fast software and powerful computers, the direction of video has changed. Now you are just as likely to watch a television show that trickled up to a network or TV station!

The way we watch television hasn’t changed. We still “veg out” on the couch and flip channels. But the choices are plenty and much of that never saw the inside of a network or major production facility. Today your favorite program could easily be coming from the kid down the street, or a smaller company whose primary income is derived from wedding videos or event production.

As more internet-video is making its way to the television set we now have alternate methods to get programs rather than waiting to see what the networks will dole out for us. These new venues have opened up a plethora of opportunities to create great video and get it distributed to viewers! Unfortunately, just because you can do something doesn’t mean you know how, or you should.

With all of the new ways to watch video one thing has not changed and that is how we pay for it. Commercials are, and probably forever will be, the main way programs draw revenue. Selling advertising sells the production, it pays for what we watch. With more venues feeding a variety of different programming there is a growing need for better commercial production. More and more event videographers are venturing out and adding advertising to their list of services. This includes local ads for web sites and spots targeted to air on larger distribution systems, including networks. These opportunities have opened a huge hole ready to be filled by videographers like yourself. It has also created a flux in the market. Television stations and networks that once could charge enormous fees are now competing with you! There are no set standards in pricing. You can charge whatever the market will bear. If you charge a few hundred dollars that means some production company or station is out thousands, as it is you can make something as good or better than they can. At least you have the tools to do so.

The one advantage the huge companies still have is experience and marketing knowledge. They have a larger budget and higher expectations. After all they have been at this game much longer than you have. However, it doesn’t matter if a few hundred or a few hundred thousand is spent on a commercial it must accomplish one ultimate goal, sell the product. The networks do not have a monopoly on creativity and style. You are just as likely to make a great commercial as they are, and this evens the playing field. The way a commercial is made will differ from other productions you may be used to, and these differences will determine the effectiveness of the outcome. Here are some tips to help you create a great spot that will sell a product.

To begin, you must ask yourself where the commercial will be seen? If it is only for the internet, broadcast rules may not apply. However the internet has its own needs. If you are producing a spot for a web site the duration may not be a factor. It can be as long as necessary to communicate the message of the product or service, given it will hold the viewer’s attention. However, if you intend to broadcast the commercial within a TV style program then the standard thirty second, sixty second and ninety second formats will apply. This means you have to shoot and edit to fit these restrictions. You will want to grab the viewer’s attention quickly and hold it throughout the commercial in any case.

Avoid thin or tiny fonts. Small fonts may be readable on a 52-inch plasma, but on the net the fonts should be big and bold. If you know your program will be viewed from across the room you have some flexibility with fonts. On the net the screen is usually small, so determine your font size based on the most likely way it will be viewed. Big is always better. Also keep the text to a minimum. Avoid scrolling text and long sentences, the viewer should be able to read it quickly and with ease.

You do not want your commercial to be too “busy” visually. Avoid patterns and complex backgrounds. You want the subject of the shot to stand out without anything to draw the viewer’s eyes away from the product or action. Plain white backgrounds or fluid abstracts are good for talking heads. For action, bring the subject into clear focus and blur the background. If the commercial will be displayed on the internet this will help the frame rate and streaming clarity of the spot as well.

For broadcast, wide angles and vistas will look great on larger television sets. On the internet details can be lost, so shoot mostly medium and closeups. If you do need a wide shot keep it short and sweet. However keep in mind that quick cutting on television can look good, yet on a smaller screen can appear jumbled. This is where you need to balance your shot decisions between the time allowed for the commercial, your style, and getting the message across. For example, if you only have 30 seconds you may need to cut quickly. If that is the case then shoot the scenes long enough, and frame them to clearly get the point of the shot across.

Use sound to help the visuals pop! Your sound should be loud and clear with all voices, music and sound effects accentuated. They should match the visuals and work with the production to communicate the message. Subtle sounds can get lost in a commercial so pump up the volume on all of your sound!

In situations where the commercial will be seen on both televisions and the internet, shoot for the small screen. It will be appreciated and look even better when it is seen larger. However, shoot to fit the time requirements.

Never use copyrighted music or video. This can cause legal issues for you and your client, as well as issues if the commercial goes viral. If you do not have the right or permission to use it then keep it out of your commercial. The last thing you want is to tell a client his spot has to be pulled because a major artist was not compensated for it. There is far too much royalty free music and stock footage available to take this risk, don’t even consider copyrighted materials, even if the client wants it.

What Format do you Need?

When finished you will need to render multiple versions of it in various formats. You will need the high resolution version for broadcast and smaller ratios for various streaming bandwidths. Generate several versions at the best quality possible for each display method. Whether it is SD or HD, keep the ratios correct such as 4:3 and 16:9 for your target display. Web sites will trans-code it to a streaming format so the better the clip, the better coding they will get. Network and broadcast facilities may need specific formats or even the spot on tape. Find out ahead of time what they need and be prepared to deliver it on whatever media they require. Progressive and interlacing formats will factor in here as well. Ask them what they need and render for that requirement. If they broadcast bottom field first and your clip is top field first it can cause the final display to be jerky when it is trans-coded or interlaced for broadcast.

Video is Everywhere, Ads can be, too!

Today the line between the Internet and Television is narrowing. Programs that were once viewed only on your computer are making their way to the television set via streaming boxes like the XBox, Roku Netflix Box and other devices. Plus, monitors are now big and wide with the ability to stream and display internet video with much better clarity. Fewer sites are streaming tiny 320×240 images, YouTube can display full 1080P if you have the connection to view it. This is a wonderful progression for those with fast connections but remember that the majority of rural areas are still hanging on to dial-up. Portable devices are limited as well so the smaller screen will probably be with us for some time to come.

Shooting for the smaller screen will be the factor that determines what you shoot, how you shoot it, and how you edit it. After you have your production completed watch it on several different screens and at different sizes. Ask your co-workers and friends to view it too, with an eye toward the message it communicates and how it was visually presented.

Keep the basic goal in mind, did it sell the product or service? If you can answer “Yes” then welcome to the wonderful world of television production and advertising!

A video ad on TV will be different than on the web. Broadcast rules don’t apply, but the internet has its own rules. View them here: TV vs. Web Ads

J. Michael Long is an event video producer as well as a special interest documentary producer with 19 years broadcast experience.